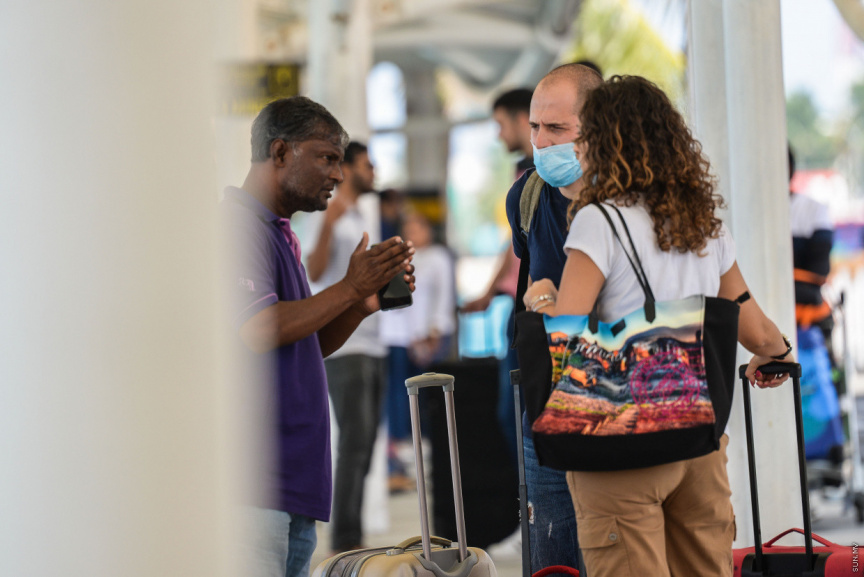 President Ibrahim Mohamed Solih has said that the Maldives was targetting for 850,000 tourist arrivals.

President Solih was speaking in a press conference today when he made the remarks, During the presser, the President also announced that the borders of the Maldives which were closed due to COVID-19 will reopen on July 15.

The Chinese government has also assured that tourists from the country will be allowed to travel to the Maldives, said President Solih. China is the single biggest market of tourists for the Maldives. Tourism is the biggest economic activity for Maldives.

President Solih also announced that testing arrangements for COVID-19 will be made for Chinese tourists since the tests are made mandatory by the Chinese government.

"China has assured that tourists would be permitted to travel to the Maldives. However, every tourist that returns to China must have the results of the COVID-19 PCR test which was conducted less than 120 hours ago. Four days,"

"If that is done, Chinese tourists will be permitted to travel to the Maldives. We have assured the Chinese government that testing arrangements will be made for when they depart from the Maldives." said the President.

Before the situation with COVID-19 that saw the closure of borders in late March, the Maldives received 31,744 Chinese tourists. Last year, the country received 284,029 Chinese tourists, according to statistics.

The President also said that the Maldives would make arrangements for countries that request when the borders are reopened.

"When borders are reopened, no country will be exempted." said the President who noted that the designations for the Maldives made by Germany and UAE as a safe country to travel to was something to be very hopeful about.

Work to arrange testing at the Velana International Airport for 1,000 COVID-19 tests were also underway, said the President.

Maldives to pay MVR 75m to China as loan repayments