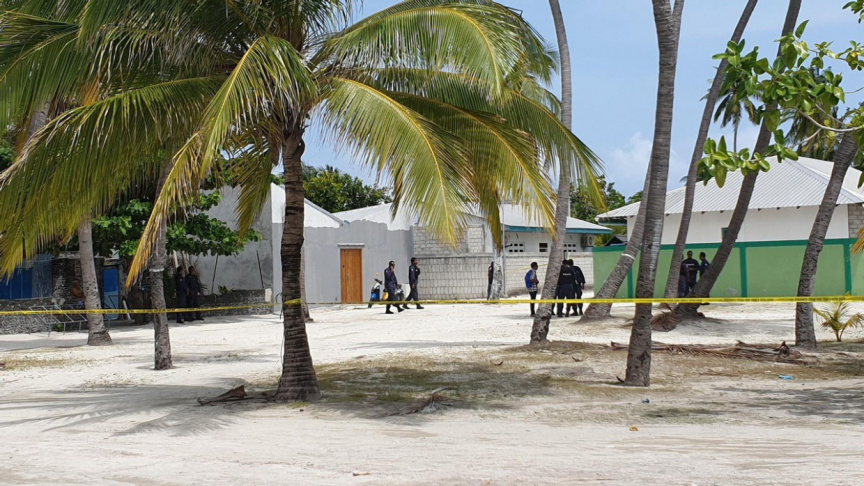 Maldives Police Service and Maldives National Defense Force, on Tuesday, launched a special operation in R. Maduvvari, an island which had been the scene of a similar operation in late last year.

Local residents confirm the security services are conducting a raid on a residence in Maduvvari which had been raided in a crackdown on alleged violent extremists in December 2019.

The crackdown last year, Operation Asseyri, had been launched on December 18.

The police, in its statement announcing the commencement of the December operation, said the operation was launched “to counter religious extremism, religious separatism, denial of constitutional rights and exploitation of women and children, and spread of pro-terror propaganda and recruitment of locals for terrorist organizations in R. Maduvvari.”

It saw security forced conducting raids on multiple properties linked with alleged extremists, including private residences and boats. Six suspects were arrested in the operation; Maldivian men aged 22, 26, 28, 29, 30, and 34 years.

Maldives Police Service has yet to issue a statement regarding this Tuesday’s operation.