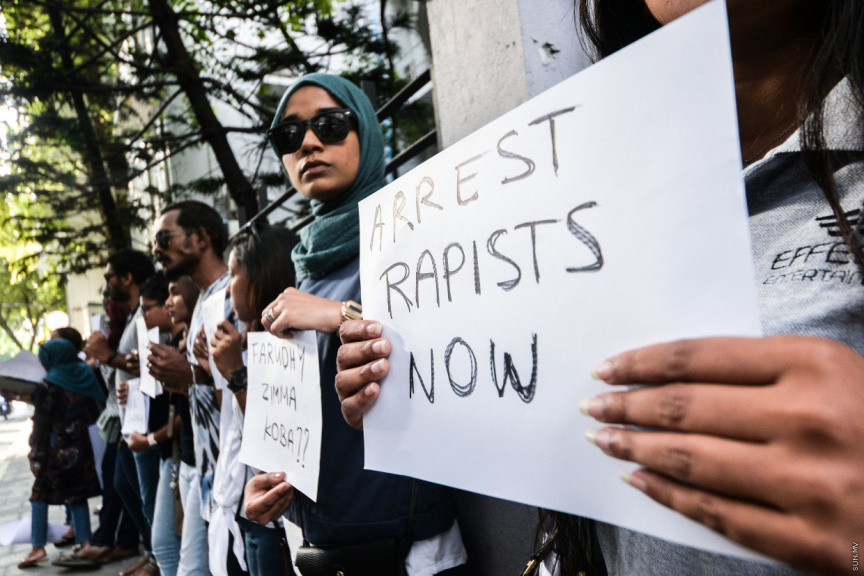 The Criminal Court, on Saturday, issued an order for the suspect arrested in connection to the rape of an 11-year-old girl in a guesthouse in Male’ City to be remanded in custody of the police for seven days.

The suspect in question, identified only as a 38-year-old Maldivian male, was arrested on Friday night. He is accused of raping the 11-year-old girl after taking her to a guesthouse in Male’ City after finding her out on the streets on Wednesday.

Commissioner of Police Mohamed Hameed has requested Prosecutor General Hussain Shameem to file a motion with the court to hold the suspect in jail pending the outcome of his trial.

He made the request under Article 30 of Special Provisions Act to Deal with Child Sex Offenders, which establishes that the Commissioner of Police may request the Prosecutor General to submit to court to obtain an order to detain a person under suspicion of committing an offence prescribed under the Act into custody during investigation and trial stages, where the police feel the need to invoke the special procedures set out under the Act.

It marks the first time for such a request to be made in five years.

Shameem told Sun that his office had asked for the suspect to be jailed pending the outcome of his trial, but was denied the request because they had lacked some necessary documents.

He said his office will secure the necessary documents and request the suspect be jailed pending the outcome of trial when they ask for an extension to his detention.

The police said the rape case is under investigation as a high-priority case, and that the agency is working with other relevant State agencies to provide the victim with support and protection.

A 24-year-old Maldivian male has been arrested in connection to the case.