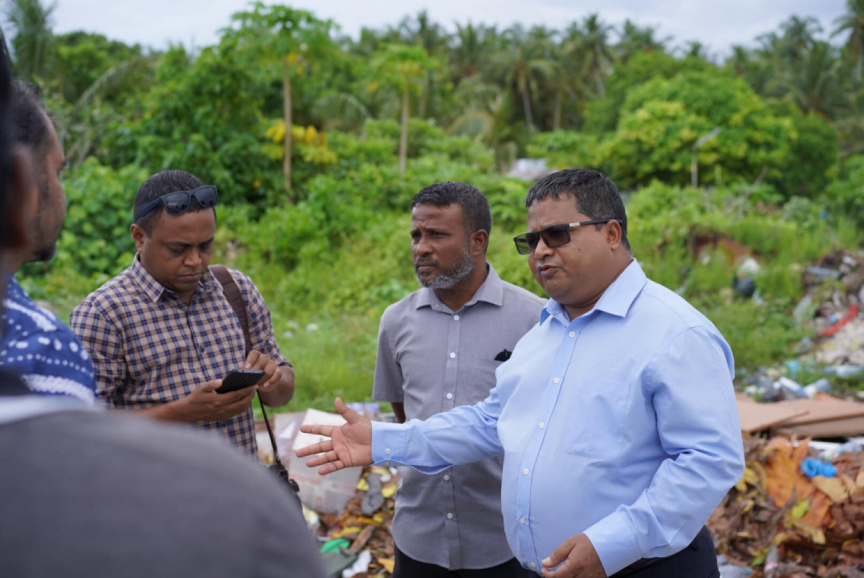 Environment Minister Dr. Hussain Rasheed has drawn the ire of the Parliament’s Government Oversight Committee regarding the issue of the sewerage system in Fuvahmulah City.

The sewerage project in Fuvahmulah was launched on October 10, 2016. and was finally unveiled on September 14, 2018. Many accused that the project was rushed to coincide with the presidential elections.

Central Fuvahmulah MP Hussain Mohamed Didi, who submitted the matter to the Parliament says that the damage from the system outweighs its actual benefits. A committee meeting was held with Environment Minister and senior officials from Fenaka Corporation.

Responding to questions by MPs, the Minister said that a change brought to the mandate last year, had seen the water supply and sewerage system works changed to be operated under the Planning and Infrastructure Ministry. The sewerage system of Fuvahmulah was under the Environment Ministry when it was awarded a temporary license, however, it moved to be operated under the Planning Ministry when the permanent license was issued, said the Minister.

When he came to the post, the project was already completed, so the Minister said that it would have to be monitored by the Planning Ministry from then on.

Before the Minister’s statement, MP for South Fuvahmulah Mohamed Mumthaaz had expressed concern during the meeting. The MP said that instead of posing questions to the Minister, he wanted to highlight concerns being expressed by the residents of the city for the last 18 years.

His biggest concern, the MP noted was that the Ministry had not recognized the seriousness of the prolonged matter. The MP said that not a day had gone by when he had no9t received a phone call from a resident regarding the matter. He added that the residents were living in dire conditions during the recent month of Ramadan due to the issue.

“Questions are forming whether this is the correct system.  I am speaking about the system of governance in the country, I don’t know how we are to do this with Ministers and Ministries who are unaware of the emotions of the public.” said the MP.

The Minister responded to the MP with a short answer, that it was simply not within his mandate.

“What is on the mandate of my Ministry, are environment-related issues, and advising the Planning Ministry in matters related to sewerage and water supply. No infrastructure work is included in the mandate of this Ministry in this administration.” said the Minister.

The Minister who is filling the post as a member of the governing coalitions Jumhooree Party did not respond to the ‘emotional’ statement made by the MP.

Fenaka Corporation has admitted that there are serious issues with the sewerage system in Fuvahmulah. Managing Director of the corporation Ahmed Saeed Mohamed said last night that the problems would be fixed with a permanent solution within six months.