UN: Maldives among countries that do not discriminate for virus healthcare 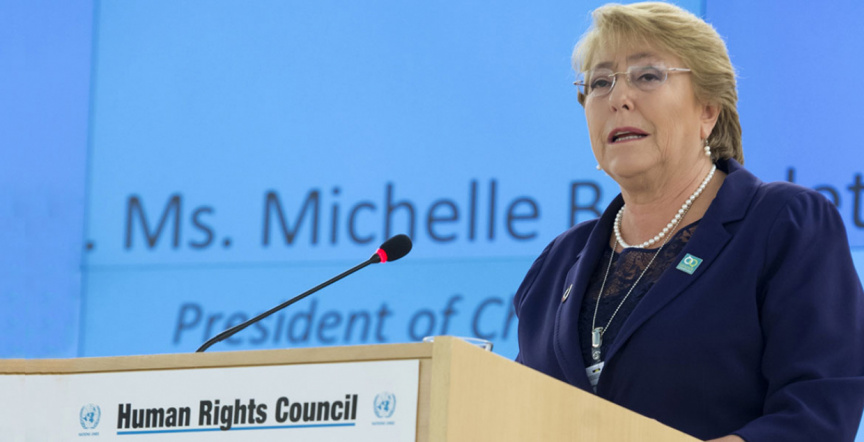 Maldives is among countries that do not discriminate regarding healthcare for COVID-19, United Nation’s High Commissioner Michelle Bachelet has said.

The High Commissioner made the remarks during a video conference meeting of the Non-Aligned Movement’s Geneva Chapter on June 10. At the meeting, the High Commissioner said that the Maldives was among the countries that did not discriminate based on nationality when it came to the provision of healthcare for COVID-19.

The permanent representative from the Maldives to the United Nations Dr. Hala Hameed, speaking at the conference reiterated the Maldives’ commitment to the efforts of the High Commissioner’s office to uphold human rights.

Foreign Minister Abdulla Shahid had also previously stated that the government would not discriminate between locals and foreigners in the Maldives regarding the situation with COVID-19.

Maldives has so far confirmed 1,976 cases of COVID-19. The majority of the cases in the country are foreigners. They include 1,046 Bangladeshi nationals, 190 Indian nationals, 24 Nepali nationals, 11 Sri Lankans as well as 11 Italians among other nationalities.

While the country has so far confirmed eight deaths, they include four elderly locals and four Bangladeshi nationals. A total of 1,153 individuals have made recoveries from the virus in the Maldives.

Maldivian has repatriated more than 2,000 Bangladeshis