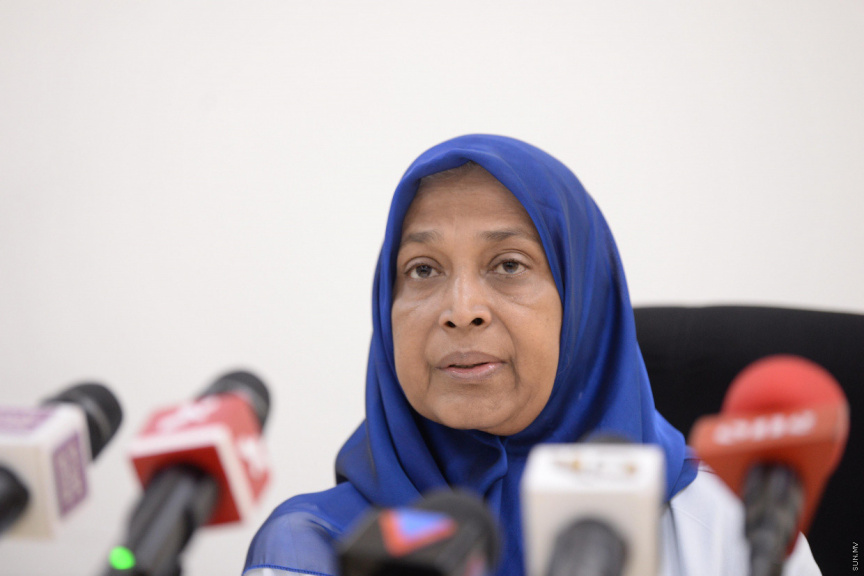 The Housing Minister of Maldives Aiminath Athifa has resigned from her post.

Sun has learned that the Minister's decision to resign comes due to perceived ill-health.

Athifa was appointed to the post in a slot reserved for the former President Maumoon Abdul Gayoom’s Maldives Reform Movement party.

She had received a lot of criticism for her statements regarding the Hiyaa flat project in Hulhumale’. The Minister had informed a parliament committee that the tenants of the flats would receive the flats by the end of July, only to retract the statement and say that she had made a mistake.

Calls to impeach her from the post had also been rung from the public. A senior member of MDP had also requested the Speaker of the Parliament to remove her from her post.

Athifa: Housing will be awarded to all rightful tenants