Maradhoo lawmaker Shareef calls against harboring grudges against the police 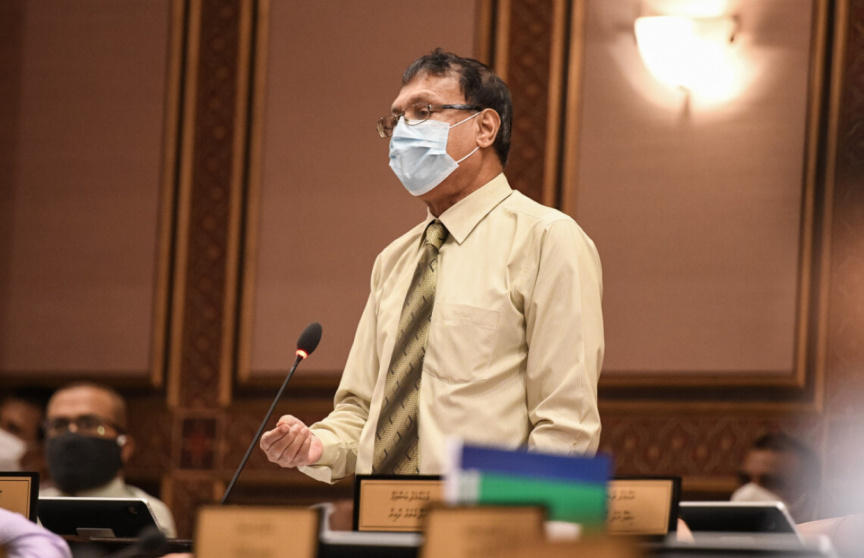 Maradhoo MP Ibrahim Shareef, on Tuesday, called on fellow Maldivian Democratic Party (MDP) parliamentarians against harboring a grudge against the police over past wrongs.

He made the appeal during the debate on West Henveyru MP Hassan Latheef’s Police Service Bill.

Shareef said there were a number of issues within the police force that needed reform, but that there was “no point getting personal and finger pointing”.

All three parliamentarians aired out their grievances against the police, especially the role of the police in the overthrow of the first MDP administration in 2012, and the acts of brutality during the police crackdown on protesters.

Shareef, who spoke after the three parliamentarians, began his remarks by stating that all of State institutions, and not just the police, required reform.

He said that he was in support of the revisions on the bill to reform the police.

“There is no point in us pointing fingers at people and getting personal. It’s also this honorable Parliament’s duty to reform the issues with the police,” said Shareef.

Parliament Speaker, former President Mohamed Nasheed – who had led the first MDP administration which was overthrown in 2012 – interjected at this point to state his opinion.

Shareef express displeasure at being interrupted mid-speech, and asked that he be allowed to speak.

He said that it should be the Parliament’s duty to right wrongdoings, but that he would not support fellow party members harboring a grudge against the entire police institution and tarnishing its reputation over the wrongdoings of a few.

The next to speak was Keyodhoo MP Hussain Qasim, who began from where Shareef left off.

Hussain Qasim said MDP had never blamed the entire police institution, but were working on reforming the institute. He however admitted that some of the remarks directed blame at the police.

The most heated response to Shareef’s remarks came from South Galolhu MP Mikhail Ahmed Naseem, who said that it was wrong to perceive calls for police reform to be perceived as “getting personal”.

“Honorable Speaker, none of us should take police reform or institutional reform as a personal matter of the institution. Honorable Speaker, it is especially sad parliamentarians elected on MDP tickets should paint talk of police reform as a personal matter. Because one of our first promises when we went to the people holding the prestigious MDP ticket asking for their vote, and during the presidential election, was that we eliminate brutality from this country,” he said.

The debate which began in the morning had stretched into the afternoon, and will continue during the next sitting.