Home Minister says fracas inside Parliament will be probed 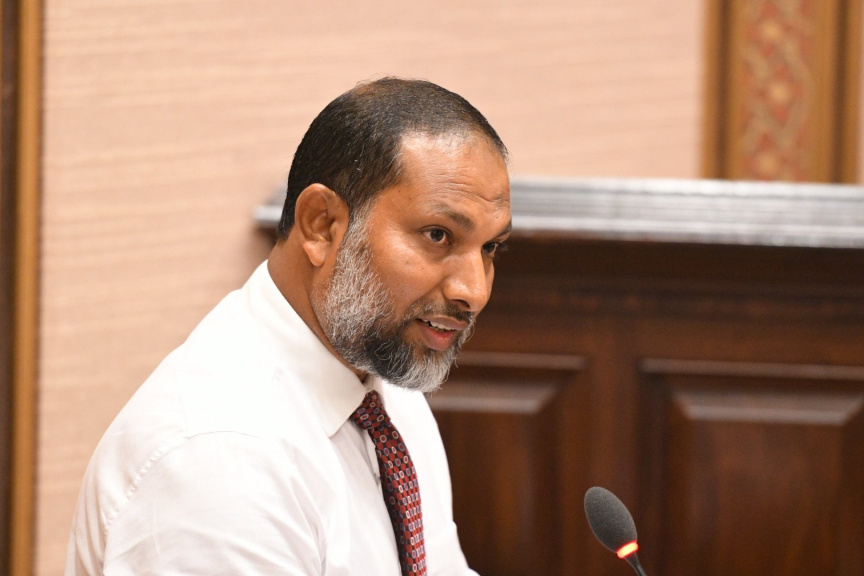 Fracas inside the Parliament last Monday night will be investigated with the focus on attaining justice and taking legal action against any wrongdoers, said Home Minister Imran Abdulla after a Police complaint was lodged regarding the incident.

Speaking in a program of PSM, Home Minister Imran Abdulla said it was his firm belief that investigating the matter justly and taking action against any wrongdoers, was a duty upon the Police.

What happened inside the Parliament?

The Parliament erupted in chaos on Monday night, during a session where the important vote for a proposed amendment to the Constitution was on the agenda. The session was held early in the morning at 1:30 and was disrupted soon by MP for Naifaru Ahmed Shiyam, who, his party PPM said was raising a point of order.

The commotion caused by MP Shiyam had led Speaker Mohamed Nasheed to announce his name three times, which according to Parliament regulations, means that the MP is to leave the parliament floor. However, the situation descended into chaos with governing MDP MPs captured on video forcefully removing MP Shiyam.

The incident was lodged with the Police by the opposition PPM, who later issued a statement saying that the MP had suffered a broken rib due to the altercation.

The most important focus by the state was on the independent operations of state institutions, especially security services, which are not to be impeded by the state, said the Home Minister.

The Minister also noted the important accomplishment by the Parliament on the night of the chaos. He stressed that currently the focus should be on councilors faithfully serving the citizens during the timeframe where their terms are extended.

Applications for miscellaneous permits to be made twice