Jabir accuses Nahula of derelict of duty, asks that she be questioned 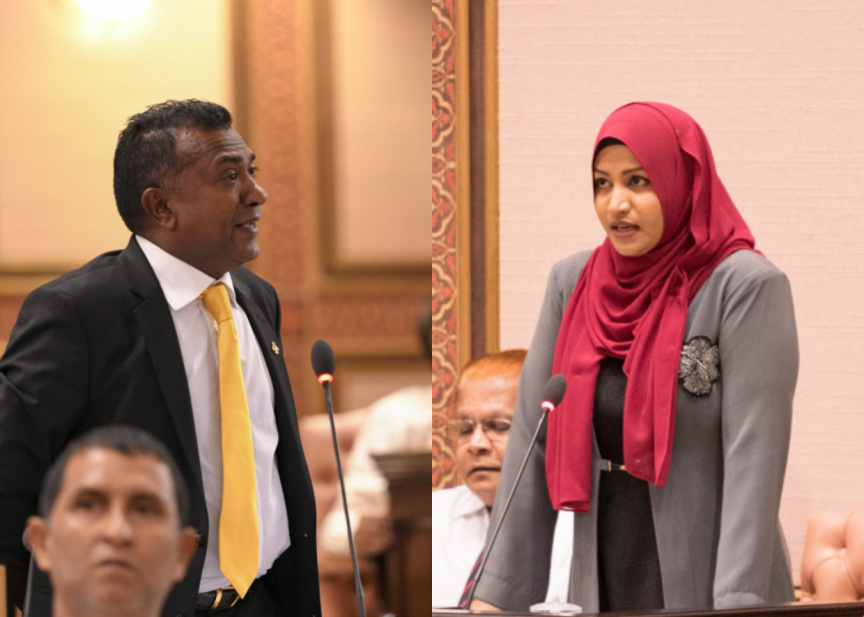 Dhivehi Rayyithunge Party (DRP) leader Abdulla Jabir has accused Transport Minister Aishath Nahula of derelict of duty, and has filed a request asking that she be brought before a parliamentary committee for questioning.

In a letter to the Government Oversight Committee, Jabir, who represents the Kaashidhoo constituency at the Parliament, noted that easing domestic transport had been one of President Ibrahim Mohamed Solih’s key electoral pledges.

He said that travel in and out of local harbors was disorganized, and that he had noticed that expatriates were working on fishing boats – which is prohibited.

Jabir was that the issues were a result of failure of the Transport Ministry to produce necessary regulations and guidelines regarding the use of local harbors.

He asked that Nahula therefore be brought before the committee for questioning regarding the failure.

Nahula is currently residing in a resort island – a decision which recently came under scrutiny following allegations that she had gone to the resort in violation of the rules and regulations governing the lockdown on the capital.

However, the National Emergency Operations Center (NEOC) has dismissed the allegations, stating that she had travelled to the resort in accordance with the regulations.