Individuals on a dinghy behind Mahibadhoo fire 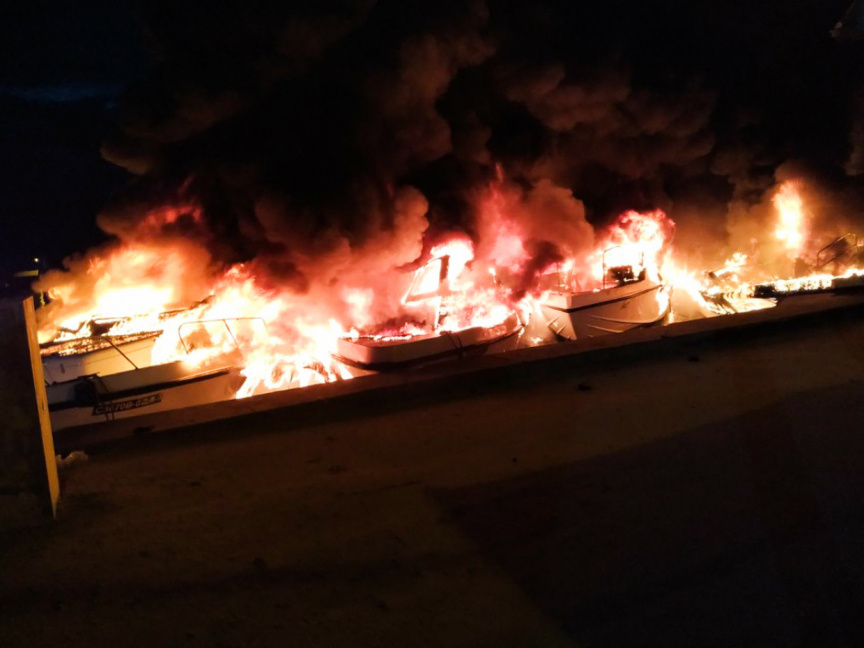 A fire in the harbor of A.Dh. Mahibadhoo damaged a large number of seagoing vessels moored at the harbor. (Photo/MNDF)

Police have stated that individuals that came near the island of A. Dh. Mahibadhoo on a dinghy were behind the incident where seven speedboats in the harbor of the island were set on fire and destroyed on April 14.

In a press conference late last night, Assistant Commissioner of Police Mohamed Riyaaz stated that the individuals came close to the harbor of the island on a dinghy before lighting the speedboats on fire using bottles that contained flammable liquid. The bottles were hurled onto the speedboats which caught fire afterward

“One such bottle was discovered in the waters of the harbor. The investigation is continuing along with the analysis of the bottle.” Said ACP Riyaaz.

No one has been arrested so far in connection with the criminal act, however, Police have searched the homes of five suspected individuals and seized some items.

An investigative organization from the UK has claimed that the Islamic State terrorist organization had taken responsibility for the attacks.

However, ACP Riyaaz stated that not enough evidence had been obtained to make such a conclusion. He added that there were similarities between the incident and other fire-related incidents that have occurred in the country as of recently.

Commissioner of Police Mohamed Hameed has also previously stated that the incident in Mahibadhoo was carried out deliberately.

Patient did not pass away due to a lack of treatment