COVID-19: Patient did not pass away due to a lack of treatment 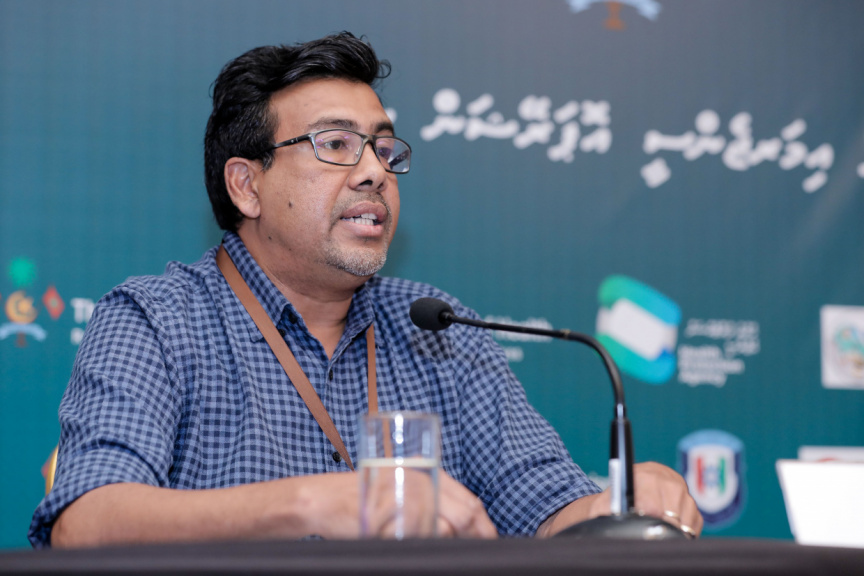 Dr. Ali Latheef who is a senior figure of the medical team at the NEOC. (Photo/NEOC)

National Emergency Operations Center (NEOC) medical officer Dr. Ali Latheef has stated that the patient that passed away due to COVID-19 in the Maldives did not die due to a failure by the authorities to provide any necessary treatment.

The patient named Aminath Adam, 83 years of age, passed away in the evening of yesterday. The deceased is a direct contact of a positive case. Samples had been collected from her for testing when she passed away after her condition deteriorated yesterday.

She was taken to the hospital in the evening of yesterday due to respiratory issues involving difficulty in breathing. Authorities confirmed that her test results had returned as positive shortly after her death in the evening.

The deceased was connected with Case 126 from the positive cases identified. Some other members of the family had also tested positive for the virus apart from Aminath. Her residence in Male’ City was kept under quarantine measures.

Dr. Ali Latheef, who is a senior figure of the medical team at the NEOC stated in a press conference that there was no specific treatment for COVID-19 so far. This led the authorities to place contacts in home isolation until their test results are received.

“Most of the time, symptoms at the early stages of the virus include shortness of breath, coughing, and fever. As the disease progresses, the infection spreads to the lungs and turns into pneumonia,"

"As for treatment, for fever, paracetamol is prescribed, then IV fluids are connected. If the condition gets worse and the patient is moved to the ICU, where there is a specific medication, however, collectively, there is no prescribed medication (for COVID-19).” Said Dr. Ali Latheef.

When asked whether there were any delays in collecting the samples from the patient who passed away, Dr. Ali Latheef stated that samples were collected in the early hours of April 28 and that her condition deteriorated in the morning of today.

“If the condition deteriorates, the treatment after being taken to the hospital is to connect IV fluids, oxygen, and in some cases anti-viral treatments. I don’t think that this particular patient passed away due to such treatments not being administered.” Said Dr. Latheef.

Speaking in the press conference tonight, Health Minister Abdulla Ameen stated that samples are collected from those who pass away in critical conditions even if symptoms of the virus are not visible.

No oversight by the authorities regarding monitoring of the patient has been noticed, said the Minister who added that there was always room for improvement when faced with a new disease. Any necessary changes to be brought to the standard procedure would be brought based on the experience from this situation, said the Minister.

The Maldives has now confirmed 280 cases of the virus, with just one fatality.

Inquiry will be made in deceased virus patient's case