''Maldives will no longer depend on others for shipping'' 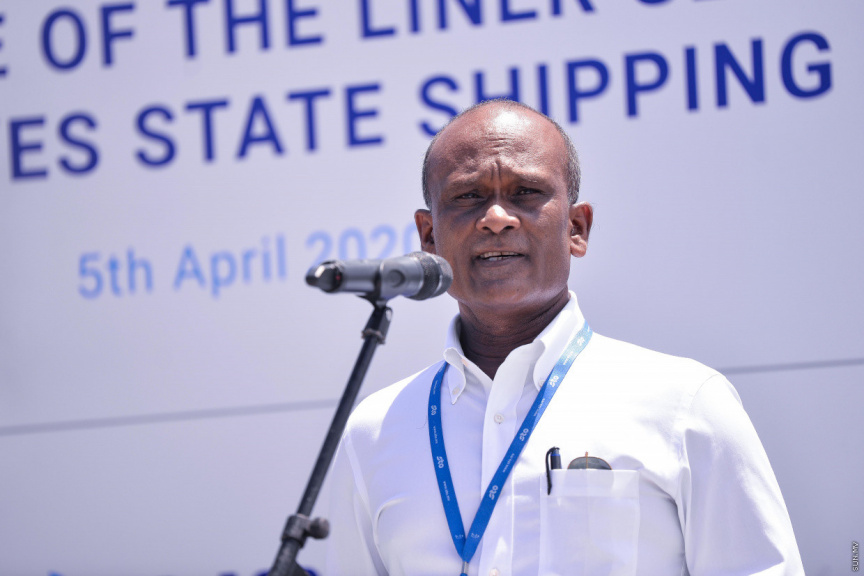 The Managing Director of Maldives State Shipping Abdulla Saeed has stated that the country will no longer be dependant on others to import items into the country. His comments come after the first boat of the state-owned shipping line arrived in the country today.

In a ceremony to commemorate the arrival of the boat named MV Iberian Express, Saeed said that the shipping line reintroduced after ages would bring hope to Maldivians.

The MV Iberian Express arrived in the Maldives today with staple food items and medical supplies and was greeted by a water salute.

Saeed also said that the existence of a national shipping line was imperative to provide much needed essential items to the public and to continue import of items without any difficulties, at a time when air travel was restricted as the world battles with the pandemic virus.

“(The Shipping Line) It will pave the way for the youths of the country to work in a new industry and employment for Maldivian officers and crewmen,” said Saeed who also noted that the country had a proud history of shipping.

He also said that the hope of reinstating the local crew members back to their positions had been renewed.

“A new generation of officers, crewmen is our hope,” said Saeed.

He said that even though the trips of the shipping line are to be conducted between the Maldives and Sri Lanka, the company would facilitate the importation of any items from anywhere in the world.

The MV Iberian Express has the capacity to transport 700 containers of 20 feet.  The boat arrived in the country today carrying medical supplies and staple food items. The company MSS will be run as a subsidiary of the State Trading Organization (STO) which will own 99.99 percent of the company. Maldives Fuel Services will own 0.01 percent.