Fire reported on board ship carrying food shipments to Maldives 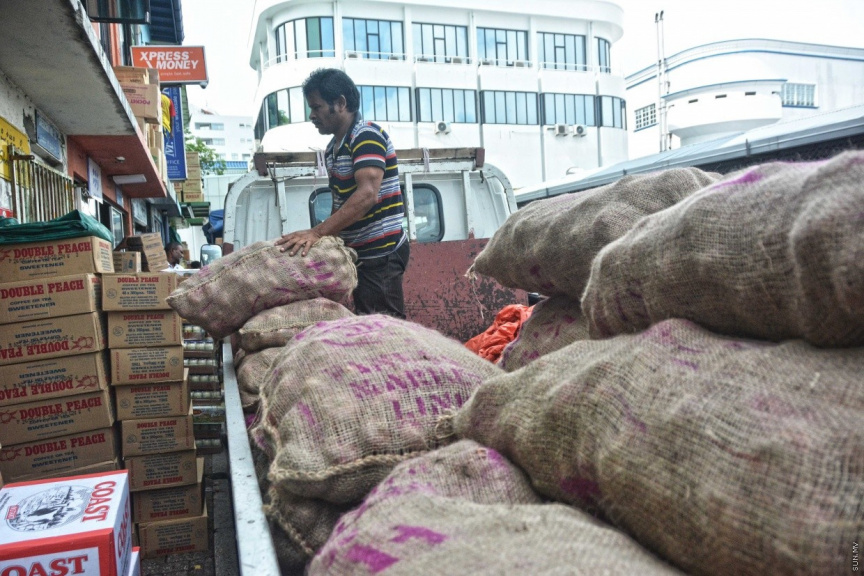 A worker unloads a shipment of onions.

A cargo ship carrying shipments of eggs and onions from India to Maldives, on Saturday, reported a fire in its engine, which has now been contained.

The ship, MV VB Progress, reported the fire in its engine to the MNDF Coastguard at approximately 00:30.

The ship had been outside the Maldivian waters at that time, said MNDF.

According to MNDF, the crew managed to put out the fire and repair the engine, and is making its way to Maldives once again.

There are 11 people onboard the ship, all of whom are Indian nationals.

MNDF said it has not received reports of any injuries, and that the ship is expected to arrive in Maldives at approximately 15:00.