Schools instructed to identify students without access to TV or internet 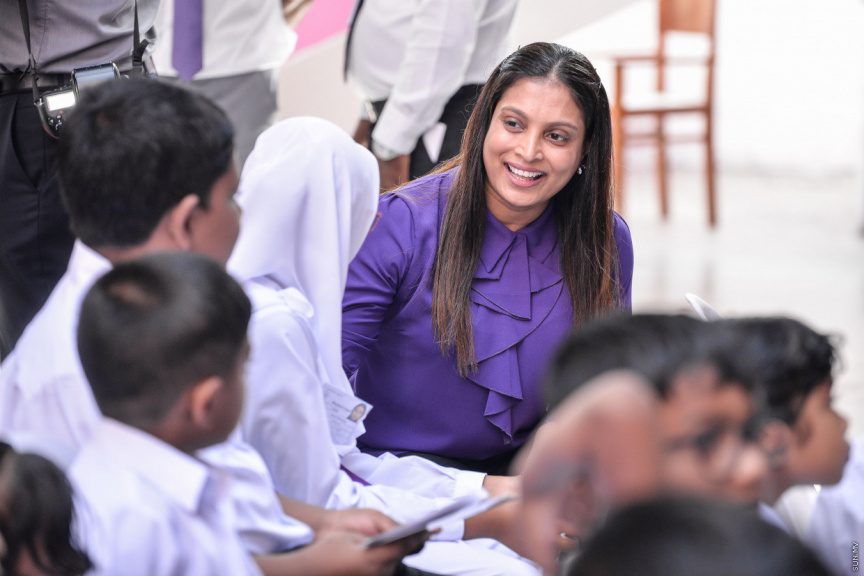 Education Ministry has instructed schools to identify students who do not have access to either television or internet services following the closure of schools during the state on public health emergency which has been declared in Maldives over the COVID-19 pandemic.

Education Ministry is currently engaged in research into alternative teaching methods to ensure the education of students go uninterrupted. It is also engaged in preparing a scheme to teach students at all educational levels online, which will be implemented in the event the opening of schools is postponed further.

A tele-class program was launched on PSM’s Yes TV for 10th graders and students who will be sitting in the AS exams this year on Sunday, and classes for A’ Level students are scheduled to be launched through VTV on Tuesday.

However, some students in the atolls do not have access to television or internet services, cutting off their access to such classes.

In response to a question over the issue during a press conference held by the National Emergency Response Center on Sunday night, spokesperson Mabrook Azeez said the center was engaged in discussions with the Education Ministry towards providing a solution to the issue.

He said that schools had already been instructed to identify students who do not have access to television or internet.

“Education Ministry has provided assurance it will make alternative arrangements to remedy such issues,” said Mabrook.

The online scheme being prepared by teachers will be made accessible to students via a web portal established by Education Ministry.

Education Minister Dr. Aishath Ali said on Sunday that the ministry was committed to making education accessible to as many students as possible. She said that the reason for focusing on tele-classes was because some students did not have access to internet.

Yes TV, which began airing tele-classes on Sunday, is non-accessible only to subscribers of the Medianet wireless package.

Education Ministry had said the channel would be included on the Medianet package starting from this Monday.

Education Ministry is also working on holding classes through radio channels, and has already initiated discussions regarding airing tele-classes with Dhiraagu through is broadcasting channel.