TMA: Current MACL board concurred with the negotiations of previous board 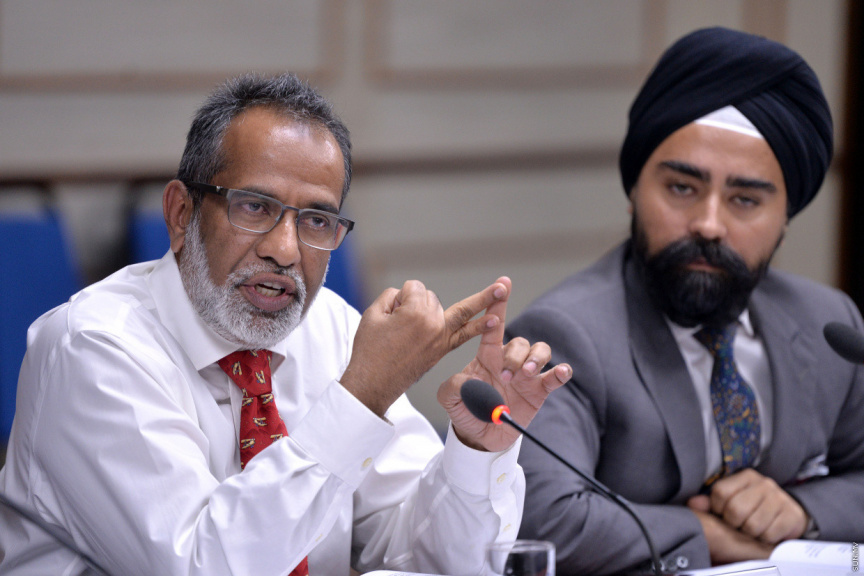 Senior representatives of Trans Maldivian Airways are seen speaking in the Parliamentary Committee meeting on February 11, 2020 regarding the issue of space allocation from the seaplane terminal. (Sun Photo/Fayaz Moosa)

Trans Maldivian Airways (TMA) has stated that negotiations between the company and Maldives Airports Company Limited (MACL), over the allocation of space in the new seaplane terminal, were carried out properly.

The company, in a statement, said that the negotiations were conducted in a fair manner and in “good faith” with the authorized representatives appointed by the current administration.

TMA also added that the new administration’s appointees had extensive opportunities to review any decisions taken by MACL under the previous administration and that the company had been repeatedly assured that the past commitments would be honored.

According to the statement, the agreement was negotiated to allow TMA the proper space to accommodate its growing operations, which provide services to more than 80 resorts in the country and would work with the government to find a solution that will allow TMA to continue its operations without any disruptions.

The letters from MACL, which included the terms for space in the new seaplane terminal, were signed by MACL’s General Manager, Commercial, Hussain Fazyl, who is MACL’s authorized representative for the negotiations, according to the statement and the company said that it was repeatedly assured by MACL that the content of those letters were approved by both the Managing Director Adil Moosa and the board of MACL.

TMA also pointed out that Fazyl had testified in the parliamentary hearings last week, that the letters signed and sent to TMA by him were, indeed, approved by MACL’s MD Adil Moosa and the MACL board.

The issue has also prompted a criminal investigation by the Anti-Corruption Commission.