Aslam: We must consider building houses in lagoons, better than land reclamation 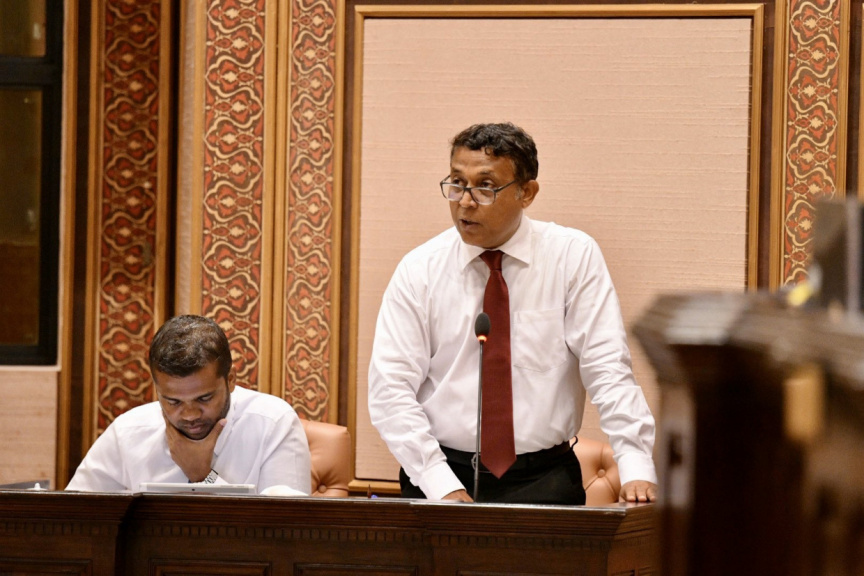 Planning and Infrastructure Minister Mohamed Aslam responds to questions during a ministerial questioning session at the Parliament on February 18, 2020. (Photo/People's Majlis)

Planning and Infrastructure Minister Mohamed Aslam, on Tuesday, said that it was important to consider building stilt houses in lagoons rather than reclaiming land to create housing.

He made the remark in response to a question during a ministerial questioning session at the Parliament.

He said that Maldives must not disregard the concept of living in houses built in lagoons, and that he personally believed in the merits of such a concept.

“The government will hereafter build structures in lagoons. So that the people may live there without having to reclaim land. Europeans certainly live in such structures here in Maldives. And it’s what they prefer,” said Aslam.

He stressed that while the concept required cost evaluations and other considerations before it could be realized, the concept itself should not be abandoned.

In response, Aslam said that the concept could not be applied to every residential island, but that there did exist several islands where it could work; large lagoons shared by multiple islands.

At this response, Speaker Nasheed asked all parliamentarians to get ready for “overwater living”.

He said that many associated land reclamations with development, and even demanded such projects in their islands.

“But, if you give it proper thought, you will realize that many of the reclaimed land spaces are deserts. They are vacant land spaces. Money was just poured down in the form of sand,” said Aslam.

Ameer: Govt. will reshuffle MACL Board, if necessary