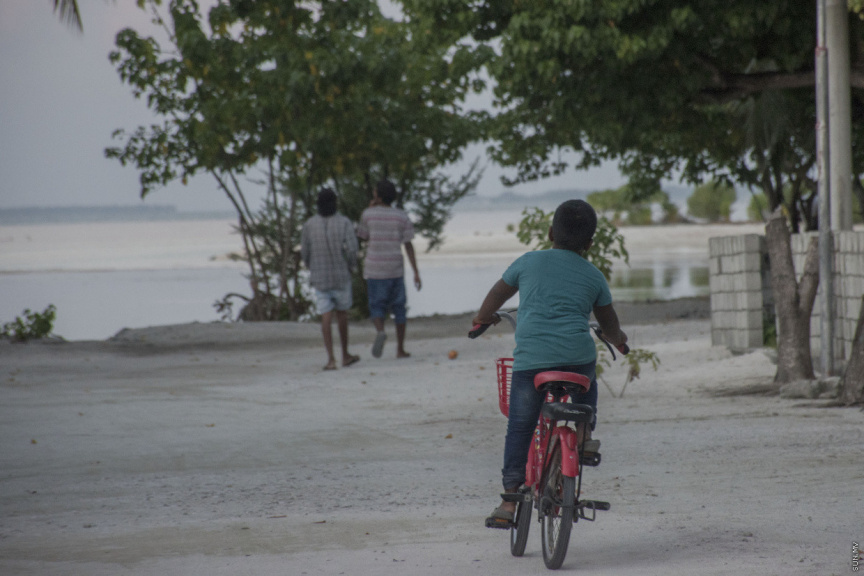 Photo shows a small child riding a bicycle in an island of the Maldives. (Sun Photo/Muzayyin Nazim)

A man has been arrested for abusing a 12-year old boy. The man was arrested early in the morning, according to Police who added that the matter was being investigated.

The government is focused on tackling such crimes after the case of toddler abused by elderly family members in G.A Kanduhulhudhoo was reported in mid-January. The number of such crimes being reported has also increased.

An inquiry report by the Human Rights and Gender Committee of the Parliament regarding such crimes was also passed yesterday.