Shameem: I have never been politically biased 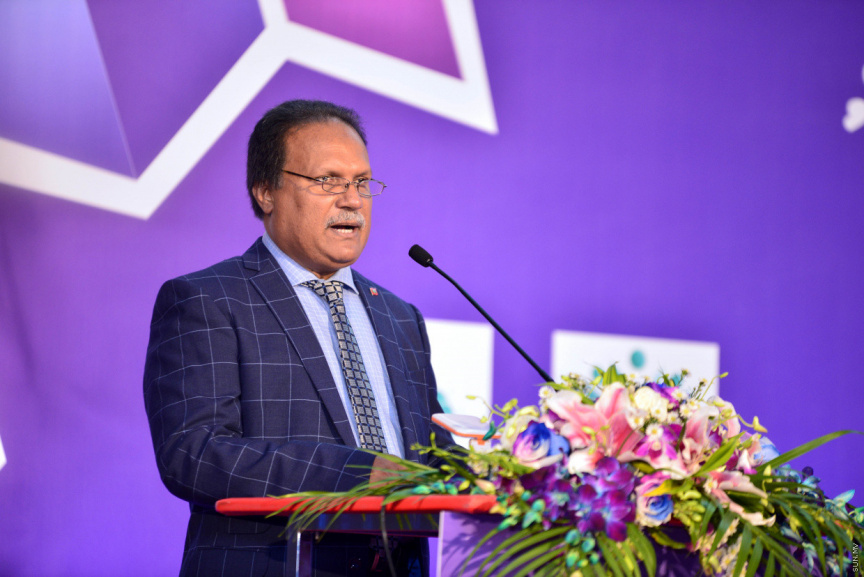 The President of the Civil Service Commission Dr. Ali Shameem has said that he had never been politically biased during his career in civil service.

The Commission’s president was speaking after the Parliamentary Committee on Independent Institutions had passed to dismiss four members of the Civil Service Commission, including Shameem. The remaining members are Vice President Shaheed Mohamed, Member Zakariyya Mohamed, and Ibrahim Shaheeg.

At the meeting of the Committee yesterday, Science and Technology Minister Maleeh Jamaal had accused Shameem of being politically before.

“I received many offers to join political parties. I did not accept any of this. I have been working to be impartial. The offer of a ceremony I received is talked about a lot.”

“I took part in a ceremony to celebrate the administration’s three years in office taken part by civil servants, after receiving a special invitation. Before that, I had never visited a political base. I am that careful. I do not even go to coffees with politicians.” said Shameem.

Ministers also noted at the meeting yesterday that the Civil Service Commission was prolonging the process of hiring employees for the government, disrupting the fulfillment of pledges made by the government. In response to this, Shameem stated that the work of the Commission was a technical one and that they couldn’t just hire employees out of the blue. Shameem also stated that he had met with Ministers on several occasions and explained how things worked and the reasons for any delays.

“How many letters were exchanged and communicated for any delays, to conduct everything according to the regulations,” said Shameem.