Maldives to declare minimum wage before end of February 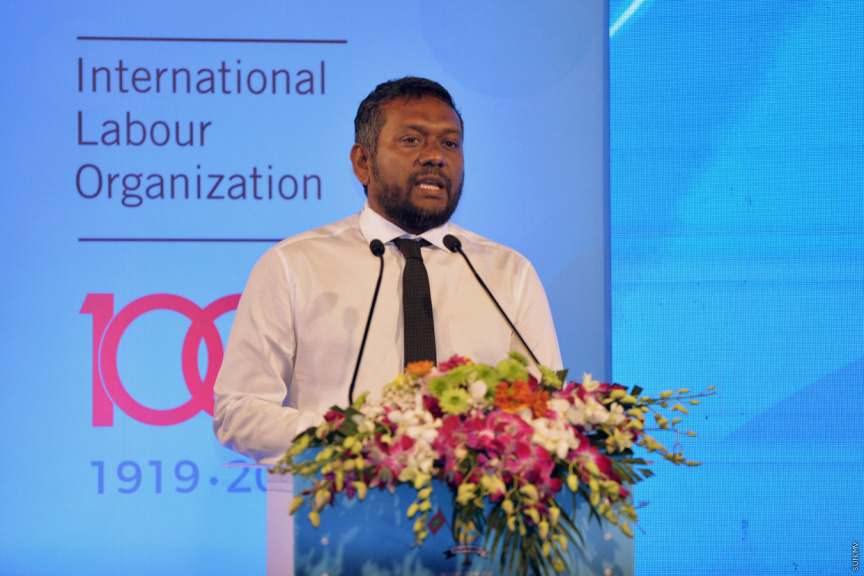 Economic Minister Fayyaz Ismail, on Tuesday, said that the Maldivian government would declare the minimum wage before the end of this February.

“In sha Allah we will declare the Minimum Wage for the first time in Maldives before end of the month after consultation on the methodology and the amount with the Parliament,” said Fayyaz.

Declaration of a minimum wage in Maldives had been one of President Ibrahim Mohamed Solih’s electoral pledges.

Maldives has a five-member Salaries and Wages Advisory Board, formed under Employment Act, which is empowered to conduct consultations and research, and advise the Economic Minister on a minimum wage.

Section 59 (a) of Employment Act empowers the Economic Minister with the authority to issue orders to declare, amend or terminate a minimum wage following review of the advice of the board.

The Maldivian government has now submitted an amendment to Employment Act to establish a legislative framework for establishment of a minimum wage.

Fayyaz, in his Tuesday’s statement, said that the minimum wage declaration scheduled for this February was unrelated to the amendment.

“The declaration of the Minimum Wage for the first time is not related to amendment to the Employment Act,” he said.

It indicates the declaration is being made in line with Section 59 of the Employment Act.

Section 59 (b) establishes further that the Economic Minister, when issuing an order with respect to the minimum wage or remuneration, may specify the hourly wage, the payment apportioned to part of the work and the amount of overtime.

Any contravention of Section 59 by an employer is an offense, if proven, is liable for a fine of no more than MVR 1,000, if it’s the first such offense.

The amendment to Employers Act which is currently under parliamentary review states that a separate Minimum Wage Advisory Board must be established within 30 days the amendment is ratified by the President.

The Board will be tasked with advising the Economic Minister regarding a minimum wage after conducting individual consultations and research on seven sectors; fisheries and agriculture sector, tourism sector, construction sector, transport sector, health services sector, education sector and small and medium enterprises sector.

The Board will be required to review the minimum wage every two years, and advise the Economic Minister if it finds the need to amend or terminate minimum wage.

Over MVR 1 billion in applications pour in for SME loan

Request made to establish Minimum Wage Board