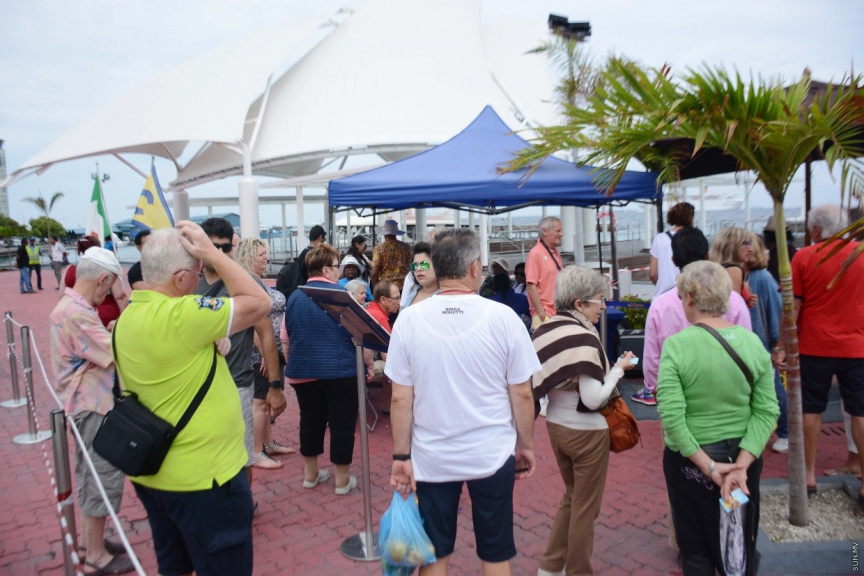 Tourists are pictured near the Presidential jetty in Male' city. (Sun File Photo)

The government of the United Kingdom has updated its travel advisory on trips to the Maldives after a knife attack on tourists in the capital Male’s district of Hulhumale’ on February 4, 2020.

Maldivian Police have arrested six in connection with the attack claimed by an extremist group and the travel advice to the Maldives from the UK now requests travelers to remain vigilant for further potential attacks.

The attack wounded two Chinese men and one Australian man. Serious and Organized Crime Department of Maldives Police Service’s head, Superintendent of Police, Hassan Shifaau stated last night that people with extremist religious ideology had a hand in the attack, confirming previous unconfirmed speculations surrounding a video by a group claiming the attack that went viral on social media.

One of the victims has now been released from the hospital while the other two victims were also recovering. Police have stated that everyone behind the attack and those who assisted the attack in any manner would be brought before justice. The President has also stated that the government was committed to ensuring the maximum safety of expatriates and tourists in the country.

The travel advice by the UK also reads that such attacks were rare in the country with the most common problems being stolen or lost passports and swimming and dive related incidents.

Locals in quarantine in India, negative for Coronavirus