7 locals in quarantine in India test negative for Coronavirus 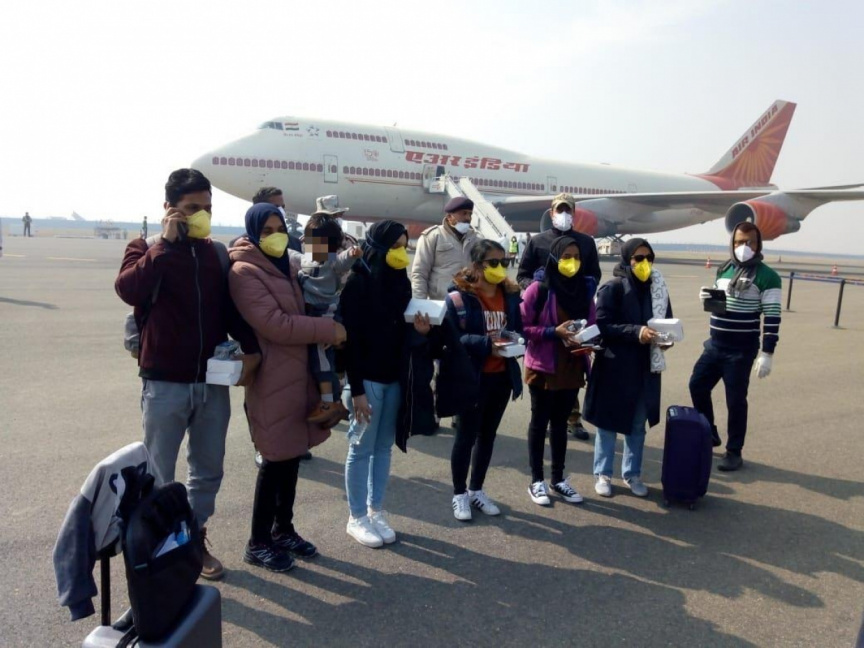 Seven Maldivian citizens who were evacuated from Wuhan, China, pose for a picture upon arrival at the Indhira Gandhi International Airport in New Delhi on February 2, 2020. (Photo/Twitter/Sidhant Sibal)

Defense Minister Mariya Ahmed Didi has announced that the seven Maldivians placed in quarantine in India have all tested negative for the Coronavirus.

The seven Maldivians living in the epicenter of the outbreak in Wuhan city, China were evacuated with the help of India. Minister Mariya once again thanked the Indian government for evacuating the Maldivians.

The seven Maldivians, one male, and five females, as well as a child, were placed in quarantine upon arriving in India and Minister Mariya stated that their conditions were well and had tested negative for the Coronavirus.

They would be brought back to the Maldives as soon as the quarantine period is over, according to the Defense Minister.

Flights between Maldives and India to be increased