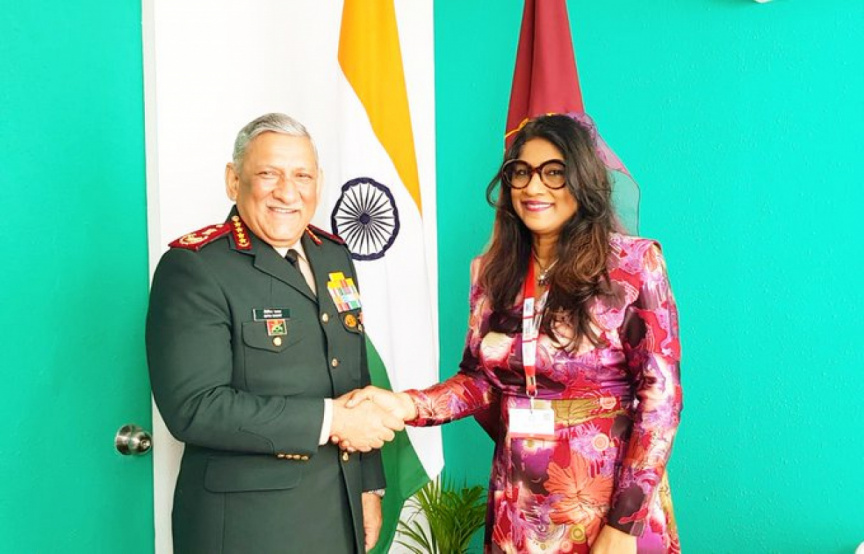 The Defense Minister was speaking in an interview with an Indian news agency in her official trip to India which is to be concluded today, when she made the announcement.

Minister Mariya met with her counterpart Mr. ‎Rajnath Singh and Chief of Defense Staff General Bipin Rawat as well as other senior government officials during this trip. She also took part in the Indian Defense Expo underway in Lucknow, India.

The Maldivian government had requested an additional seagoing vessel which was received very positively by the Indian government, according to the Defense Minister Mariya. India had recently provided a vessel named “Kaamiyaabu” in December.

The vessel was also gifted on a request for a fast interceptor craft by the Defense Minister and Chief of Defense Force Maj. Gen. Abdulla Shamaal during a trip to India.