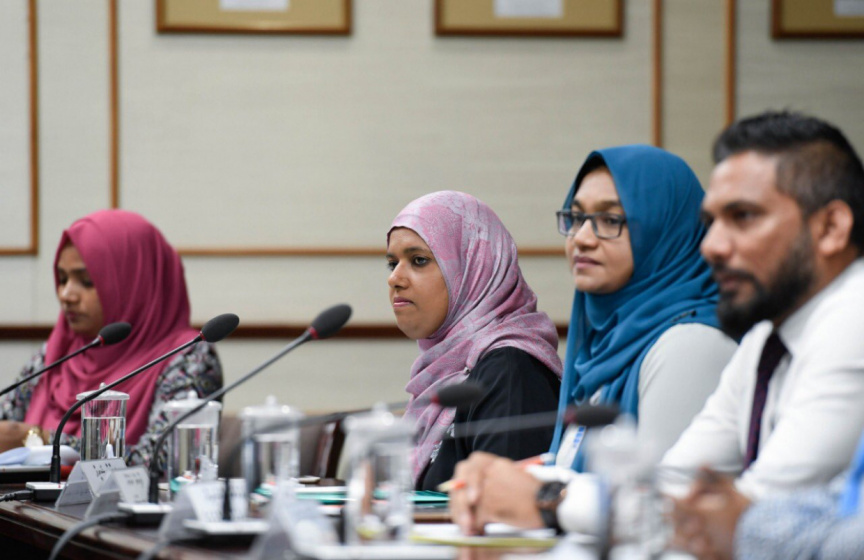 Gender Ministry, on Wednesday, announced that the young mentally handicapped man, believed to be one of the victims of alleged sex offender Ahmed Hishan, had been removed from Hishan’s residence, where he had continued to live despite a 2018 Family Court ruling denying Hishan legal guardianship over him, and taken into State custody.

The High Court, on Tuesday, had grilled Gender Ministry over its inaction in removing the young man from Hishan’s residence despite being privy to police intelligence reports which pointed to him being a sexual predator of young boys with disabilities who require special assistance.

Family Court had denied the legal guardianship petition filed by Hishan citing an assessment report on Hishan prepared by the State, which included police intelligence reports of the allegations of sexual abuse against him.

The High Court, on Tuesday, held a hearing in response to an appeal filed by Hishan in response to the 2018 decision. The judges noted that the young man continued to live with Hishan despite the 2018 ruling.

The judges pressed the Gender Ministry legal representative who attended the hearing as to why the institution allowed a mentally handicapped person to remain with Hishan, despite being privy to information pointing to him being a sex offender.

The legal responded that the Gender Ministry hadn’t attempted to remove him from Hishan’s residence because he had been above 19 years of age at the time, had chosen to live there.

The issue has now garnered the attention of the Parliament, leading to an emergency motion urging action against the Gender Ministry for negligence. Many parliamentarians who took part in the debate on Wednesday morning expressed alarm over why the young man continued to be allowed to live with Hishan.

It said that it did not conduct any health or mental assessment on the young man when the case had been at Family Court.

“However, the report prepared on him at the time by Gender Ministry concluded that he was already above the age of 18 years, and that since all health and other information received by Gender Ministry regarding him did not indicate him to be mentally incompetent, and Gender would therefore treat him as any other person who had reached 18 years of age,” reads the statement.

It said that “some other information pertaining to the case” had come to light in July 2018, but that since the case hadn’t been re-opened for further review, the young man had continued to be “allowed to exercise the rights and privileges he had been entitled pertaining to making his own decisions and choices, same as any other Maldivian citizen upon reaching 18 years of age.”

Gender Ministry said that the young man had made a “conscious choice” to live with Hishan in his apartment, and that it had been with the consent of his family members including his mother.

However, since the police have launched an investigation into series allegations linked with Hishan, and in light of the circumstances surrounding the special needs person involved in the case and the information at hand with Gender Ministry regarding his current situation, the police and other relevant institutions are engaged in conducting professional assessments in order to ascertain whether he has the mental capacity to make his own decisions, reads the statement.

According to Gender Ministry, the young man will reach 22 years of age this February. The initial contact between Hishan and him had been made in January 2017, and the State became aware of the legal guardianship petition in late 2017 after the young man’s mother filed a petition with Family Court to surrender her legal guardianship over her son over to Hishan.

It said that the government’s policy was to review and take immediate action if earlier decisions by Gender Ministry in response to such cases were found to have put the rights or safety of a person entitled to special protection and consideration by the State at risk.

The Gender Ministry, and Shidhatha herself, has been hit with criticism over the case. The parliamentary group of Maldivian Democratic Party (MDP), which enjoys a supermajority at the Parliament, has voted in favor of not allowing Shidhatha to remain in office.

Parliamentarians have called for Shidhatha’s immediate resignation, and threatened to initiate a no-confidence motion to remove her from office if she refuses to resign.