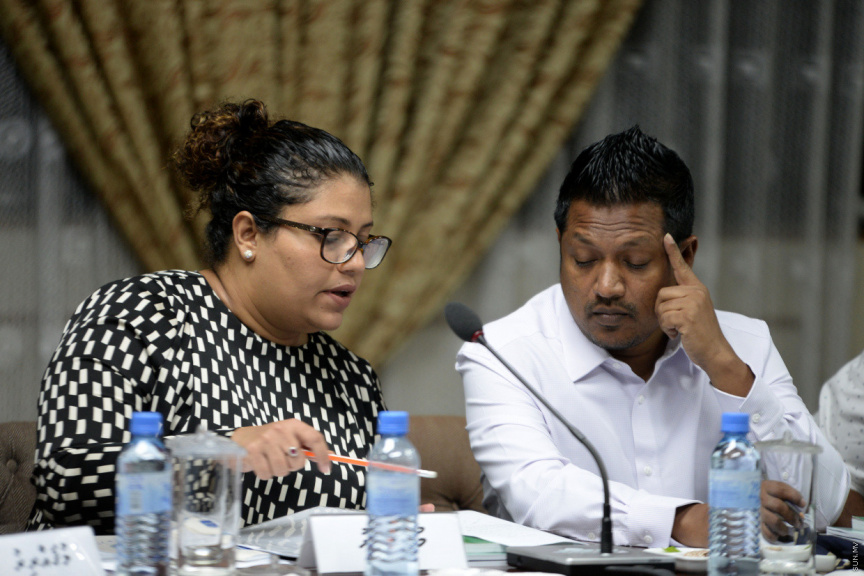 Parliament’s Human Rights and Gender Committee, on Wednesday, presented findings on the performance of Maldives Police Service in response to reports of sexual abuse cases, which showed that some alleged sex offenders had been left off with mere warnings, and their cases filed away.

The findings had been collected by the committee for the review it conducted following the sexual assault of a 20-month toddler by her paternal great-grandfather and grandfather in January.

The committee released the report it compiled based on the findings in the morning.

It reads that Maldives Police Service had let off some alleged sex offenders with mere warnings, and had filed away their cases.

“This is an obstacle to ascertaining the safety and protection children have the right to in this society, opens room for more children to fall victim to sexual abuse, and is a matter of great concern,” reads the report.

Additional issues noted in the report includes lack of sufficient investigations into sexual abuse cases, and an undue amount of time taken to complete investigations.

The committee found that investigations into 70 percent of the sexual abuse cases filed with police over the past 15 years had remained open for more than one year, and prosecution remained pending in many cases due to the investigations remaining ongoing.

“Failure by Maldives Police Service to investigate such cases with the speed it requires and within an efficient investigative system led to delays in pursing prosecution in such cases, posing an obstacle to justice for child sex abuse victims,” reads the report.

The committee also found that it also took an undue amount for trials, when cases did reach prosecution stage, and a low conviction rate.

Only 36 percent of child sex offense cases on trial over the past 15 years had produced convictions.

The committee found level of inter-institutional cooperation and collaboration in response to sexual abuse cases to be alarming low.

The committee made several recommendations to improve how the State handles cases of sexual offenses against children.

It recommended that investigations into child sex offense cases be carried out by investigators equipped with specialized training, to ascertain that all State officials involved in any stage of child sex offense cases prioritizes the interests and welfare of the victim above all else, and to establish a mechanism to facilitate and promote inter-institutional cooperation and collaboration in dealing with such cases.