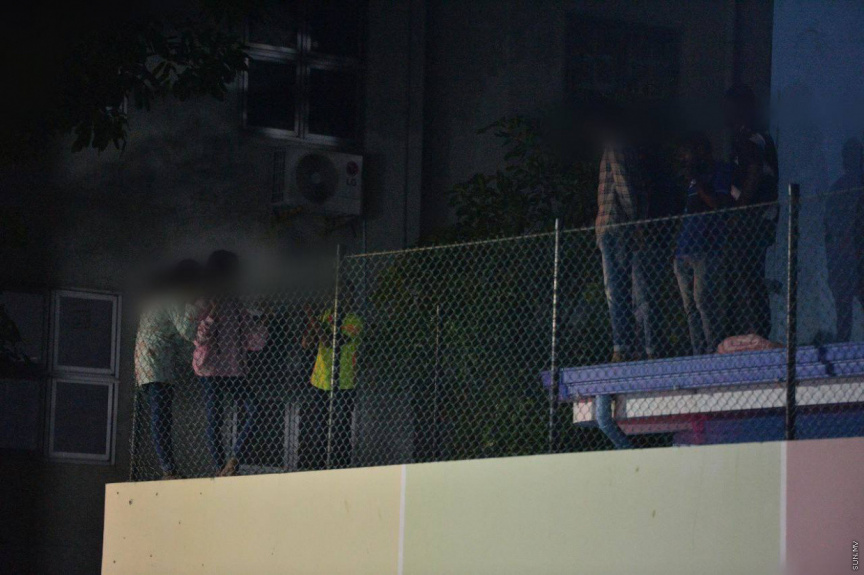 Children living at Fiyavathi children's shelter in Hulhumale' City climb the roof of the building on September 17, 2021. (Sun Photo/Fayaz Moosa)

Parliament’s Human Rights and Gender Committee has decided to request Maldives Media Council (MMC) to probe into the manner in which media outlets have reported the recent events at state-run children’s shelter in suburban Hulhumale’, Fiyavathi.

In a meeting of the Committee held today – they reviewed the emergency report formulated by the Children’s Ombudsperson’s Office and the Human Rights Commission of the Maldives regarding the incident.

Speaking at the meeting, South Fuvahmulah MP Mohamed Mumzthaaz stated that some media outlets had not maintained the best practices when reporting the incident at Fiyavathi.

“It was brought to our attention that some journalists have shared videos and pictures of the incident in their own social media accounts. That is why I am proposing that we request Media Council to investigate this case,” he had said.

Mumthaaz also noted that at the time of the incident – a Male’ City Council member had visited the shelter, communicated with some of the children there and had tried to let additional people into the shelter.

Both proposals by Mumthaaz were passed by the Committee.

During the uprest which took place at Fiyavathi on Friday – Hulhumale’ constituency member from the Male’ City Council, Ibrahim Shujau, was seen active on the site.