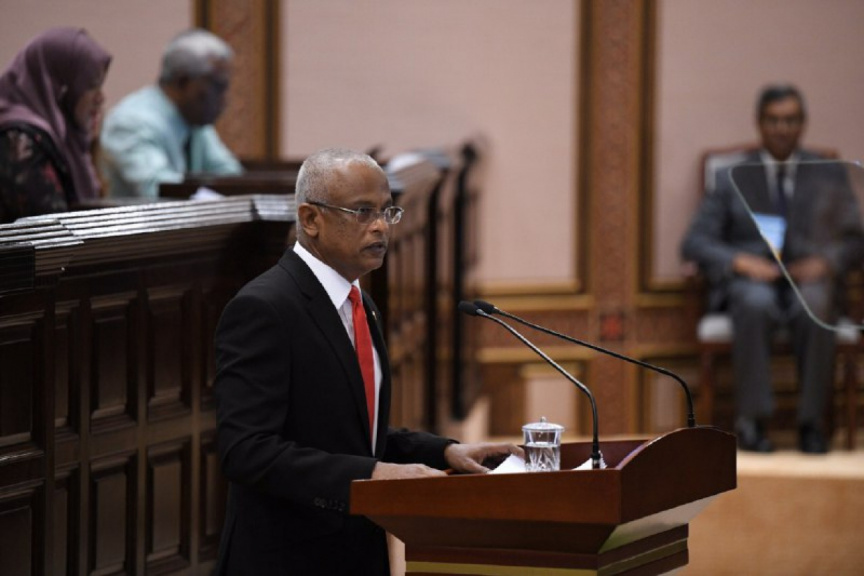 President Ibrahim Mohamed Ibrahim Solih, on Monday, acknowledged the negligence on part of several State institutions in preventing the devastating rape of a 20-month toddler in G. A. Kanduhulhudhoo, a case which had shaken the Maldives to its very core.

The crime, which was reported in January, had sparked an uptick in reports of similar cases of sexual offenses against children, some spanning back decades, and an increase in organized protests demanding the government for more effective action.

The President addressed the case in his annual address to the Parliament on Monday morning.

He said that the primary reason why the child had been allowed to be subjected to such inhumane sexual abuse in the hands of those who were required to protect her, was because justice remained to be served to suspected sexual offenders.

“And the negligence of some State institutions,” he added.

The acknowledgement comes after weeks of public criticism against State institutions – primarily the Maldives Police Service and Gender Ministry – in preventing the crime.

One of the men arrested in the case, the victim’s great-grandfather, has been on trial for the sexual harassment of another local girl for two years. According to the police, he had not been kept detained but allowed to be released back into the community “out of consideration of his old age”.

Gender Ministry said it had not been made aware the man had such a history. The institution has been hit with criticism over a child being allowed to live in the same residence as a suspected child sex offender.

The President, on Monday, expressed concern over the slow pace of child sex offense trials, some of which had been ongoing since 2012.

“Every moment which passes when such cases drag on due to negligence of court of laws and some State institutions, serves as an incentive to child sex offenders to continue to predate on children,” he said.

He said the Child Protection Act, which was scheduled to take effect on February 20, would strengthen the government’s efforts to safeguard children.

“I take this opportunity to note that we passed this legislature after previous governments had spent long 28 years discussing passing this legislature,” said the President.

Child Protection Act, once it takes effect, will no longer make it optional, but mandatory, for parents to register births, vaccinate children, and send them to school.

The President provided assurance the government would monitor families to identify any children who may have been deprived of such rights, vaccinate them, and school them.