L. Atoll to be developed as a business hub 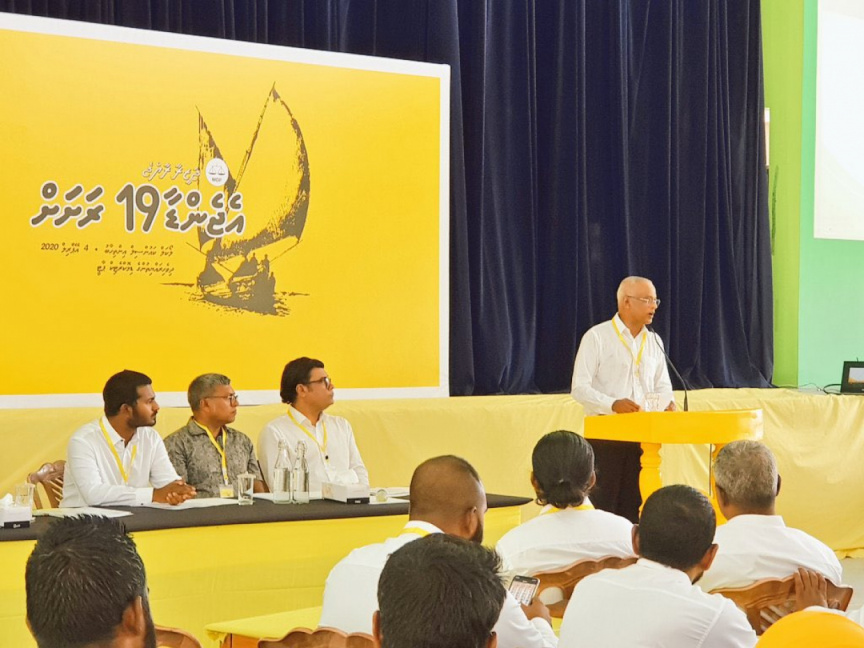 President Ibrahim Mohamed Solih announced at the “Agenda 19 Hadhdhunmathi conference” that L. Atoll is to be developed as a business hub on January 25, 2020. (Photo/MDP)

President Ibrahim Mohamed Solih has announced government plans to develop the L. Atoll as a business hub in the country.

The president was speaking at the “Agenda 19 Hadhdhunmathi conference” when he made the announcement. The president noted that the atoll also known as “Hadhdhunmathi” will be the location for the fastest and biggest development.

“The area has a large landmass, is abundant in natural resources, and provides the opportunity to do a lot of useful work.” said the President.

The president also noted that the airport of the atoll will be developed into an international airport as part of the plans. Work on the “Asseyri Tourism Program” by the previous MDP administration will also be recommenced according to the President.

COVID-19: Cases from Kadhdhoo increase to 59