An island gripped with abuse, silenced with power and influence 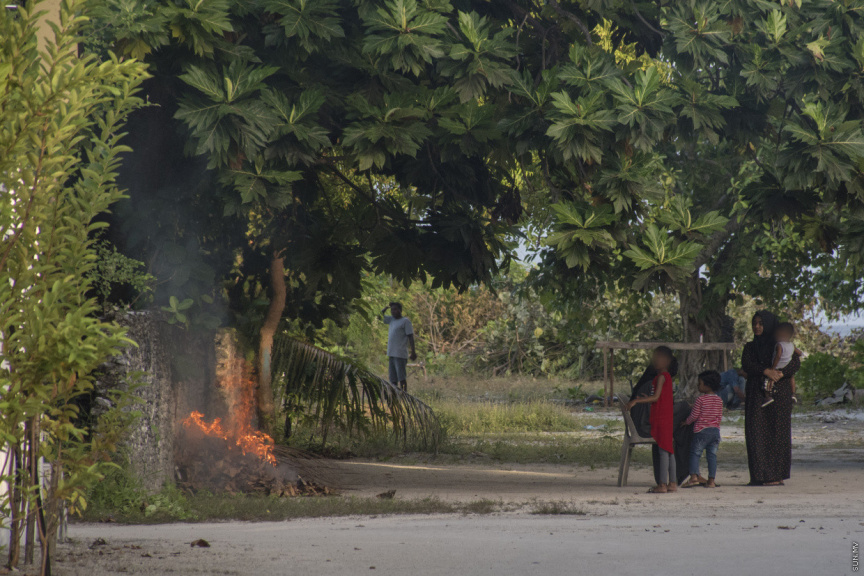 G.A Kanduhulhudhoo -- As I stepped off the boat to this island of just 900, I was left to comprehend the fact that nearly 40 percent of the population had migrated to other islands in the country, leaving the island with just around 500 people.

G.A. Kanduhulhudhoo, the southernmost island of G.A Atoll, despite its small population is plagued by a different kind of affliction, sexual abuse.

“No matter how much I report, there is no action taken, no justice. The culprits are just that powerful. So, what can we do?” a hopeless mother of a five-year-old spilled her worries and distress as she spoke with us.

The words of everyone else we spoke with on the island, were synonymous with the mother. Everyone had the same complaints. Despite the high number of sexual abuse cases, the fact that nothing is done to stop these crimes has left them exasperated. They are forced to live in a next of abuse and fear on their beloved island.

Most believe that the authorities had failed to take adequate action to prevent and stop this illness. Despite the high number of such cases, the offenders were punished only a few times. And the same offenders return to the same island, after their sentences.

However, he has never been arrested for his crimes and no action has been taken against him. His family defended him by saying that he was an old man, blind and mentally unfit to comprehend his actions.

Most are hesitant to say something against the old man for this reason and the fact that it would create hostility between families in this small island.

They also fear the powerful family of the old man may segregate them from the small community for their words. In the end, the people who rise against the crimes are the ones who face consequences, they are the ones who are left in shame, while the old man roams the island full of Indemnity and immunity.

On this island, it has become a norm to look the other way when it comes to sexual abuse or child abuse. Most pretend that they do not see what is right in front of them.

“Some people would what the big deal is. Some would question what was the fuss about since he had not touched anyone, and that whatever he said was verbal…this is the mindset of some” a victim of the great grandfather, who has since been arrested for molesting the two-year-old recalled.

If and when he wanted

According to the victim’s family, such crimes were widespread on the island because of the influence and power of a certain family. Their influence has a “hold on the tongues” of islanders.

The old man was charged with a similar crime in 2018. However, no hearing or trial in the case has been held in the island’s magistrate court which is led by a nephew of the old man after nearly a year and a half. The case file is still on the desk of magistrate Hassan Didi, collecting dust. There are also allegations of sexual abuse against the magistrate himself.

“If he had been imprisoned for that case, other children might have been saved from him, including the two-year-old that was left in his clutches.” said a woman who spoke on behalf of the family. The family strongly alleged that the case was not pursued because of the power and influence of the magistrate. The magistrate had reportedly told them that he would “pursue the case, if and when he wanted”.

Words like these have discouraged a lot of families on the island who remain quiet over such matters. We met several families who have fallen victim to such abuse, during our short trip to the island.

A person from the island, who wished to remain anonymous said that there were a lot of such cases in the island, but that many were hesitant to speak out. The person stated that the island’s council was fully aware of the issues but did not care.

“This has been going on since the days of Katheebs (island chiefs). The problem is that many choose to keep silent in such situations. For family honor and for the fact that no action is ever taken in such cases.” said a man who filled a position of responsibility on the island.

Council president Mohamed Shaheem has stated in a parliament committee that rumors had persisted on the island regarding such cases, but no official complaint regarding the matter had been submitted to the council.

“I don’t think that an official complaint regarding the rumors on the island can be submitted. We will accept it as an official case only when a family or person submits a complaint.” the council president had stated in the committee meeting.

Journalists of “Sun” had unsuccessfully tried to meet with Shaheem on several occasions over a period of three days. The council president was not in the mind to speak about these issues that are plaguing the island he is in charge of.

islanders dream of liberation from the abuse

The person we spoke with who was in a position of responsibility for the island lamented the fact that the police desk on the island could not do much in cases. Most of the time an investigative officer from another island is needed to pursue a case. The situation of the Gender Ministry on the island is also in shambles.

“The police desk needs to be revised. Gender Ministry’s presence in the atoll also needs to be made better. Hiding and keeping quiet over such cases also needs to be stopped.” said a person who was in charge of a government institution on the island.

Islanders are calling to be rescued from this illness. The cases that are reported to be investigated. The offenders to be punished. The victims and their families have had enough of a life, full of fear and abuse.

“We are ready to be imprisoned for speaking out this time. This plague needs to be eradicated for the sake of us and our children’s safety” were the words of a determined islander who we spoke with before we departed from the island.