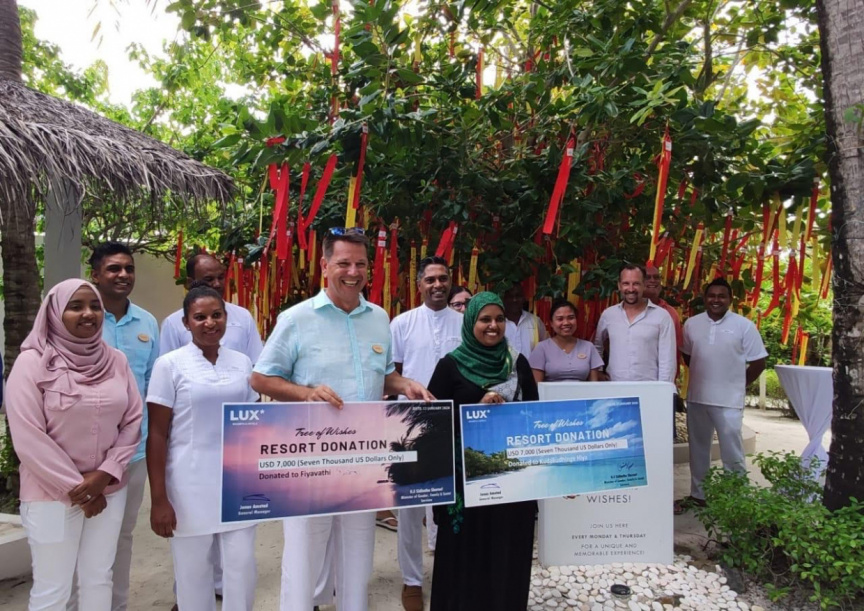 The donation was presented by LUX* South Ari Atoll’s General Manager Jonas Amstad, and accepted by Minister of Gender, Family and Social Services Shidhatha Shareef in a special function at the resort on Monday.

After accepting the donation, Minister Shidhatha said the donation would be utilized to establish a safe and secure environment for the children at the shelters, and elevate their living conditions.

She also expressed appreciation for LUX* South Ari Atoll and other private parties for their generous donations to the children’s shelters, which she said contributed greatly to improving the life of the children at the shelters.

New resort to be developed in Kodhipparu lagoon