Adam Shareef: Qasim's murder was not carried out by a single person 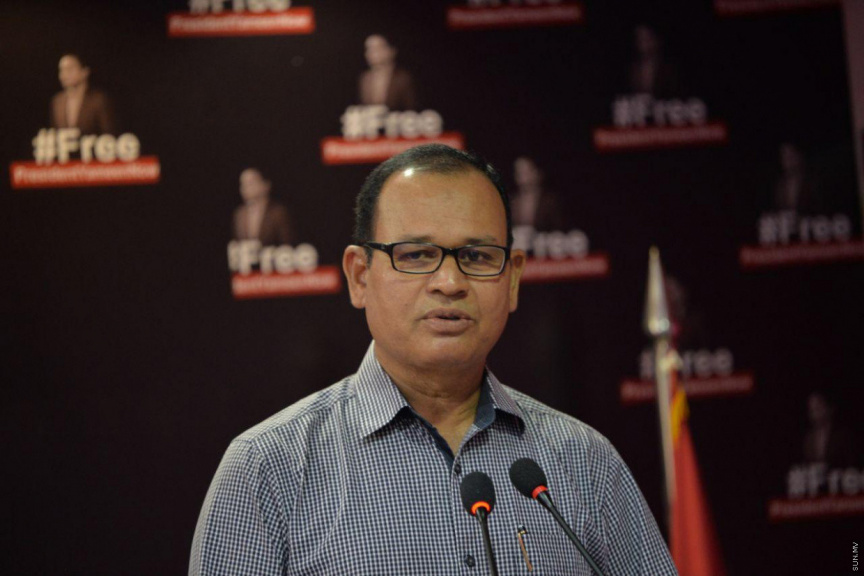 Former Defense Minister and Maduvvari MP Adam Shareef has spoken out in the murder of taxi driver Qasim Hassan by stating that he did not believe that the murder could have been carried out by a single person.

Police have previously stated that its investigation had shown that Qasim Hassan was murdered in a mugging that went wrong. The suspected murderer Adhuham Mohamed had confessed to the murder in Police custody. Police also stated that it was not yet known if anyone else participated in the act.

At a news conference held last night by the opposition coalition, Adam Shareef questioned the findings of the Police investigation and spoke in a manner that indicated his belief that others had taken part in the murder.

“I do not believe that the taxi driver Qasim Hassan was murdered in Hulhumale' by a single person,” said Adam Shareef without providing any further details to prove his claim. His statements were most likely to contradict with the government’s statements made regarding the peace and prosperity brought to the country in the first year of the administration.

“A large number of gang violence is occurring in the country, Police have also stated that robbery and mugging in the country has increased. But the book published by the government states that crime has been reduced,” said Adam Shareef.