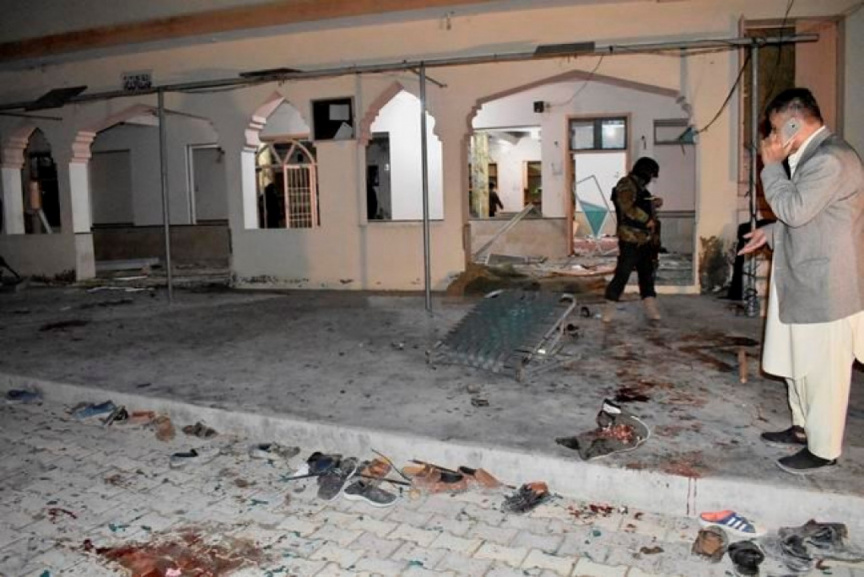 Photo shows inside of a mosque targeted by a bomb attack in the southwestern Pakistani city of Quetta on January 10, 2020. The act of terror was claimed by the Islamic State.

Foreign Minister of Maldives, Abdulla Shahid has sent a message of condolence to the Minister of Foreign Affairs of Pakistan, Makhdoom Shah Mahmood Qureshi, following the bomb blast inside a mosque in the southwestern Pakistani city of Quetta on Friday.

The bombing, claimed by ISIS killed 15 worshippers at the mosque and injured a further 18.

The Minister’s message read that the Maldives stands against terrorism in all  forms and that the Maldivian government strongly condemned these cowardly acts of terror and violence perpetrated against innocent people, especially in sacred places of worship.

“I am deeply saddened by the news of the innocent worshippers killed and wounded by the explosion that took place at a mosque in the southwestern Pakistani city of Quetta,

The Government of Maldives stands in solidarity with the Government and people of Pakistan in this hour of tragedy.” read the message by the Minister before conveying heartfelt condolences to the victims, and members of the affected families.

The Minister's message also ensured that the Maldives remained committed to working closely with the international community in combating global terrorism.

6 medical students in Pakistan flying back to Maldives

Pakistan donates MVR 1.3M worth of resources to school