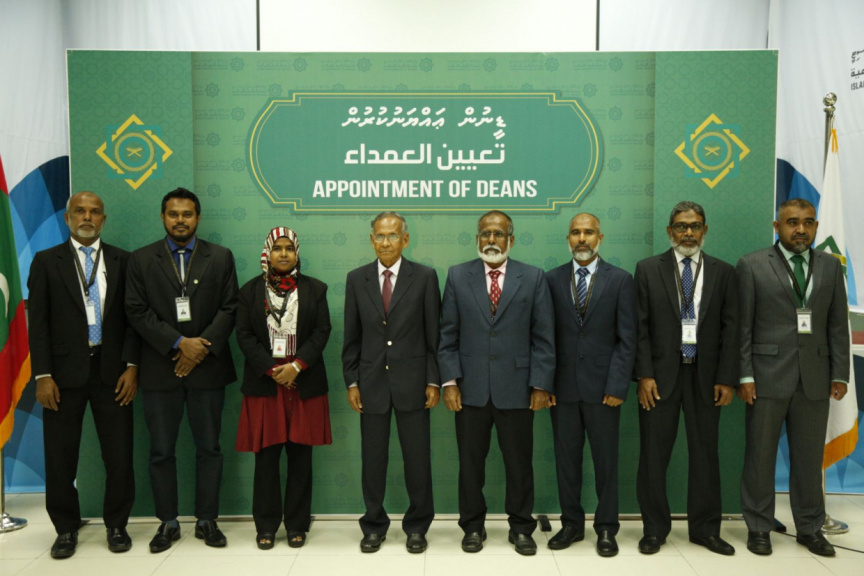 Islamic University of Maldives appointed deans to six of its faculties at a ceremony held on January 5, 2020. (Photo/IUM)

The Islamic University of Maldives (IUM) has appointed deans to six of its faculties today.

The move was due to the terms of the previous deans expiring. Letters of appointment were awarded to the new deans at a ceremony today.

The newly appointed deans of IUM

They were appointed after announcements to the posts were made and were interviewed before they were confirmed to their respective posts. They will each serve a term of four years.

Dr. Ismail Shafeeu, one of the appointees has previously served as the Deputy Minister of Ministry of Education. Dr. Jameel, another appointee is an Assistant Professor of Maldives National University. Dr. Aishath Reesha, Ahmed Saleem and Mohamed Shujau have also previously served as deans.

IUM kicks off first hybrid book fair in the Maldives