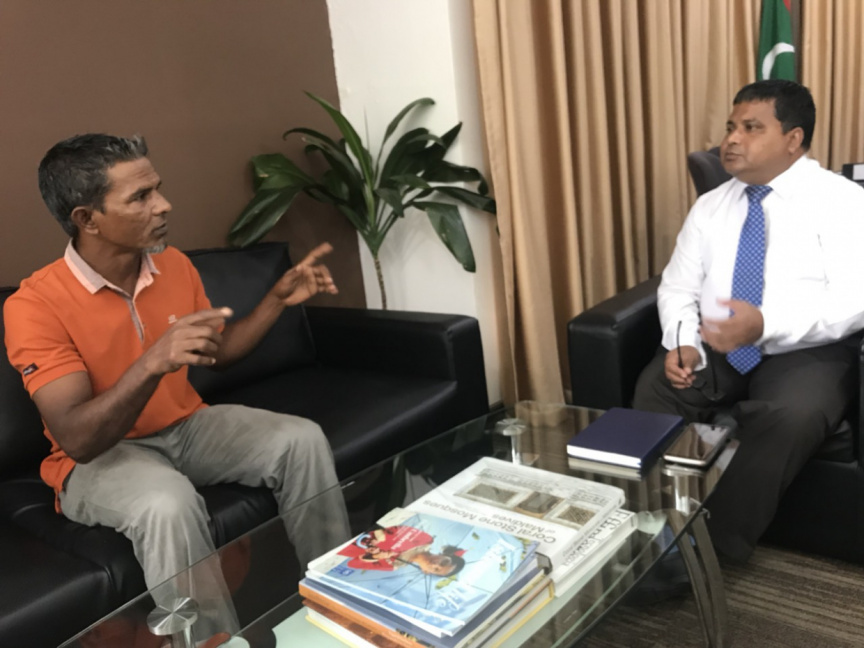 A private citizen meets with the Environment Minister Dr. Hussain Hassan to share concerns over environmental issues on January 5, 2020.

Two private citizens have met with the Environment Minister Dr. Hussain Hassan after face to face meetings with the Minister without an appointment were offered to citizens to share concerns regarding environmental issues.

The Ministry’s Permanent Secretary Ajwadh Mustafa stated to “Sun” that the Minister will meet with citizens without any appointments on every Sunday from 9:00-10:00.

The Secretary then revealed that the citizens that met with the Minister today shared concerns over the removal of trees from islands. The Minister also shared with them, the efforts underway to strengthen the laws surrounding this. Discussions also focused on turtles being kept as pets during these meetings.

“Sea turtles cannot be captured under the law. A complaint was received today regarding such acts by some people who are interested in doing so. We reiterated that this is prohibited under the law.” said the Permanent Secretary.