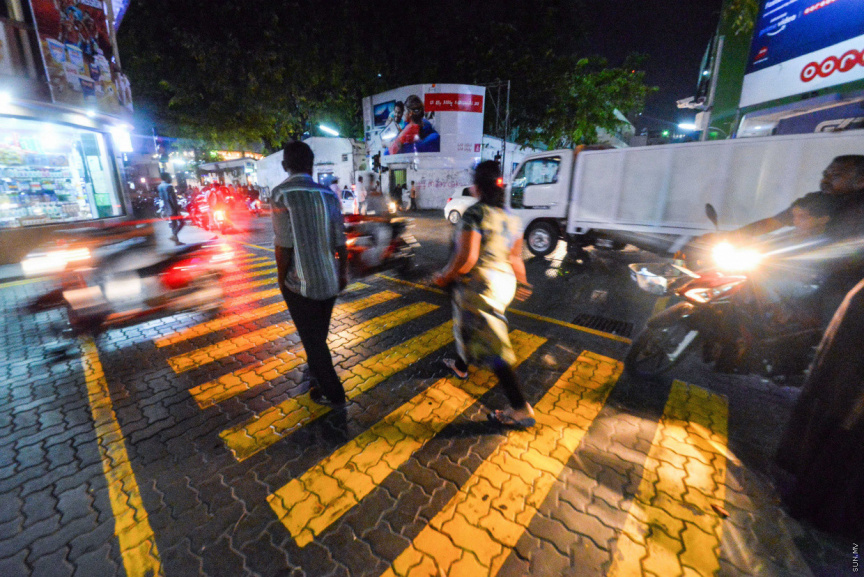 A motorcycle has been towed by Police after its driver was involved in an accident that left an elderly person injured in Male’ city.

Police are now searching for the man who was driving the motorcycle. The accident occurred as the elderly man was crossing the road from a zebra cross near Furuqaan Mosque in Ameeny Magu after the Isha prayers last night.

The incident was reported to Police around 19:58 last night. The elderly man who was of 56 years was treated at IGMH for his injuries. Police stated that his condition was not serious. The man had suffered lacerations to the face.

The motorcycle was located with the help of CCTV footage and was towed away by the authorities.

A witness stated that the elderly man was bleeding profusely and was covered in blood when he was taken to the hospital by a taxi with the help of the public and authorities.

Heron gets amusingly fooled by street art in Rinbudhoo