Baby Heron gets amusingly fooled by street art in Rinbudhoo 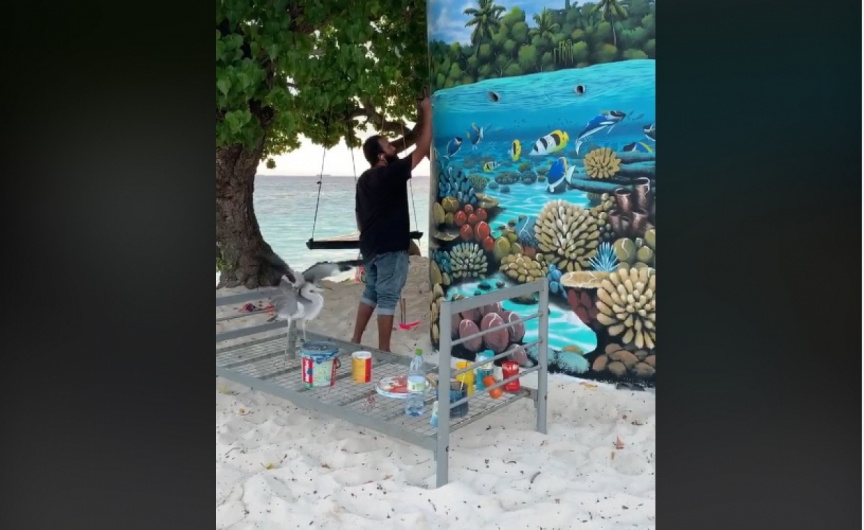 A screen grab from the video that shows a baby heron venting its anger at the failure to eat painted fish on a street mural in Dh. Rinbudhoo.

A video of a baby heron that was fooled by an extraordinary piece of street graffiti in Dh. Rinbudhoo has grabbed the attention of social media.

The video shows the heron attempting to dine on the fish painted on the wall and amusingly vent its anger at the failure to satisfy its appetite.

The artist behind the breathtaking work, Raif stated to the “Sun” that the video was taken in the morning of yesterday.

“It was trying to peck at the fish on the wall and when it couldn’t eat the fish, it kept following me. Kept on screeching,” said Raif.

He also stated that a heron was spotted pecking at the mural in the afternoon but was not sure if it was the same one.

The video was taken by Rinbudhoo council president Hathim Ibrahim, who later fed the baby heron. Hathim also stated it was common for people of the island to feed such birds that visit the island.