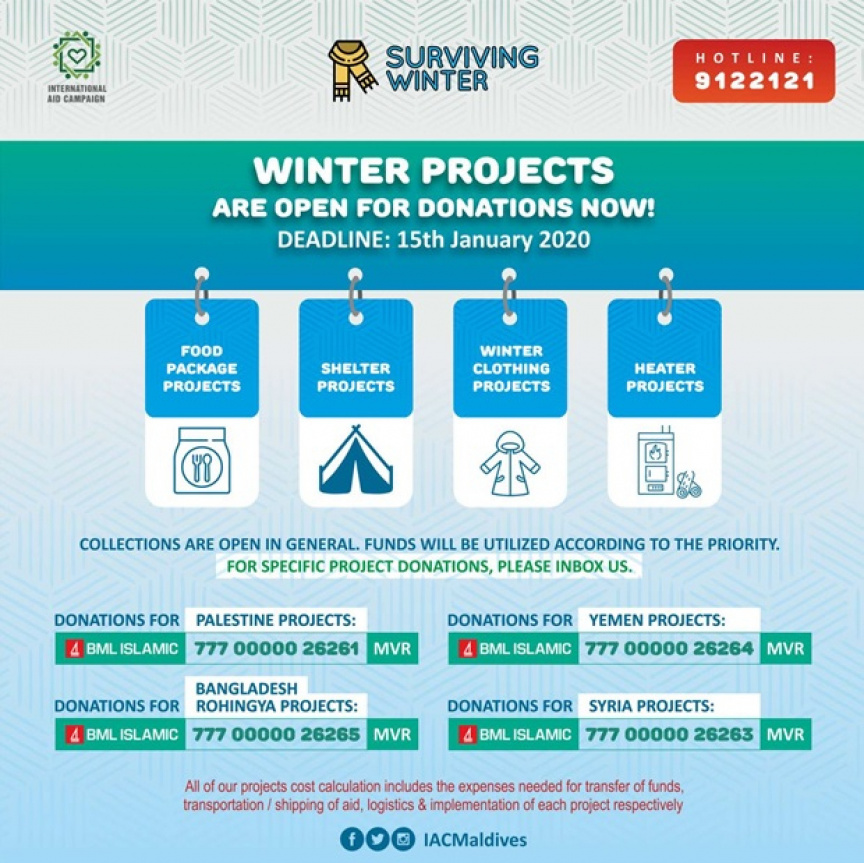 International Aid Campaign (IAC), an organization based in the Maldives has begun a new campaign to provide aid for Muslims in need all around the world.

An IAC official stated to “Sun” that the campaign was targeted to help Muslims all over the world prepare for the upcoming winter and was named aptly as “Surviving winter”.

Aid will be sent to four countries including Syria, Bangladesh, Yemen, and Myanmar. The funds from the campaign will be used to provide fellow Muslims in these countries with aid that will contain everything from food, clothing and, shelter.

The campaign will be run until January 15, 2020. Donations can be made to the IAC bank account in BML. Account numbers are viewable from the cover photo of this news.