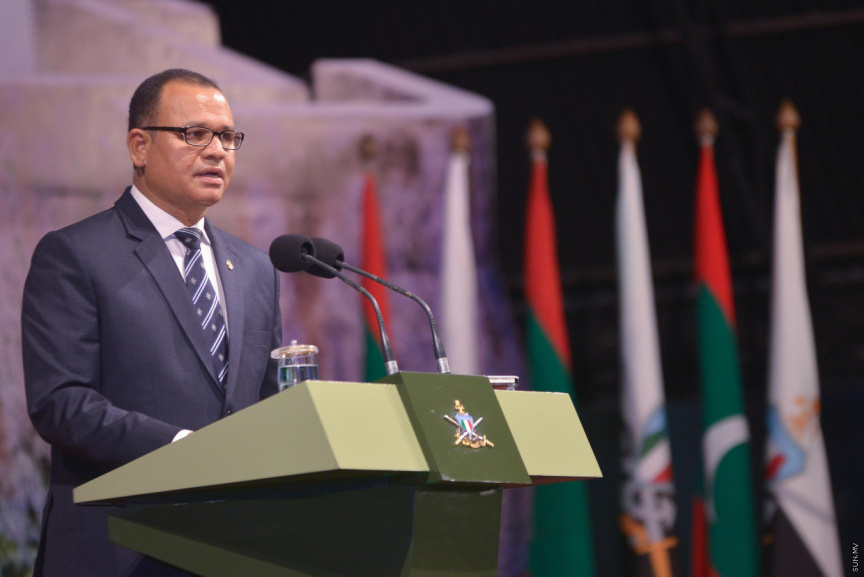 Former Defense Minister Adam Shareef Umar has accused his successor, the current Defense Minister Mariya Ahmed Didi of putting national security at risk by revealing that many of the Coastguard’s vessels were inoperative.

Adam Shareef, who now serves as the PNC deputy leader and parliamentary representative of Maduvvari constituency, hit back at Mariya’s remark in a Twitter post.

“Publicly revealing the resources of MNDF, CG, MPS to be inoperative puts the national security of Maldives at risk. Anyone may exploit the situation! Every administration will repair the resources of these institutions,” said Adam Shareef.

Mariya had remarked on the status of Coastguard’s vessels in a video address on occasion of the Coastguard’s 40th anniversary on Wednesday.

She said that President Ibrahim Mohamed Solih considered making the military institution one which inspired pride and respect, and acquiring modern resources for the institution a top priority.

“Many of Coastguard’s vessels had been inoperable when we assumed office. Therefore, efforts will continue this year, to repair Coastguard vessels and expand Coastguard services,” said Mariya.