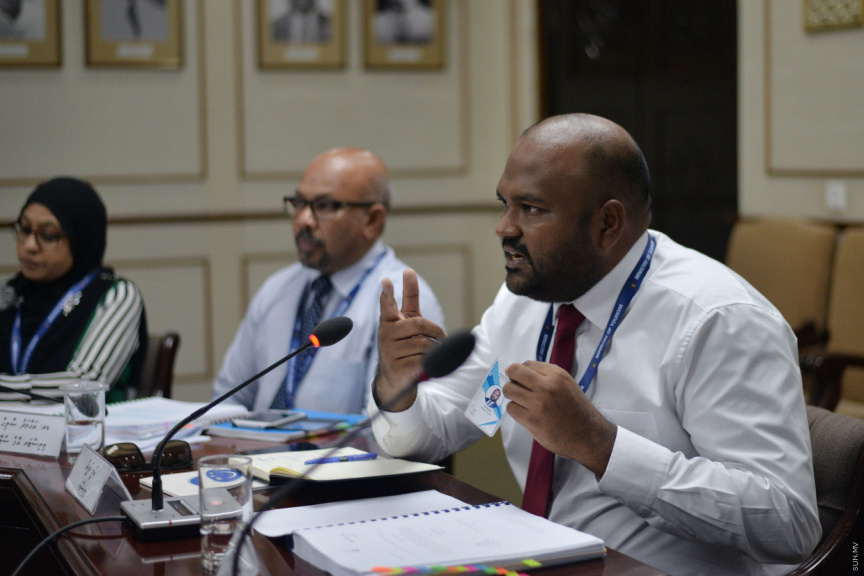 Tourism Minister Ali Waheed has said that he will not bow down to the demands of the Tourism Employees Association (TEAM).

The Minister tweeted last night that TEAM had “threatened him”.

His tweet came at a time when the issue of service charges provided to resort employees is being hotly debated. The Minister found himself at the receiving end of heavy criticism for comments made last week, regarding the service charges, comments for which the Minister has since apologized.

After stating that TEAM had threatened him, the Minister stated that he would not give TEAM, a letter or document to compel resort management teams to provide a USD 6.50 service charge rate for each resort employee.

Although the Minister did not elaborate on this, it is evident that this was a response and a rejection of a demand by TEAM to force the Minister’s hand in the matter.

The Minister announced that “action will be taken under the due process to resorts that were found to have issues from the service charge and audits”.

Another tweet sent out by the Minister also read that no one would be given the chance to threaten local or foreign employees in the Maldives and that there was no way of misrepresenting the work carried out by the Ministry over the last year.

The Minister stated on December 25, 2019, that the service charges are given appropriately by local and foreign companies during a news conference held in the Ministry.

“Our inspection showed us that parity levels in most resorts in the country are maintained. We have the values on which service charges are provided by employers, the government does not intend to impose rates on these key businesses when compared with foreign companies that have invested in the country, local companies are maintaining (the service charge levels) at a proper level.” the Minister had said.

These comments saw an angry response by resort employees with some going as far as to call for the resignation of the Minister.

The Minister later apologized for his comments which he believed were falsely reported and misinterpreted and was soon backed by figures such as Speaker of the Parliament Mohamed Nasheed and JP leader Qasim Ibrahim, on the matter.

Tourism Ministry also issued a statement clarifying the words of the Minister at the news conference.