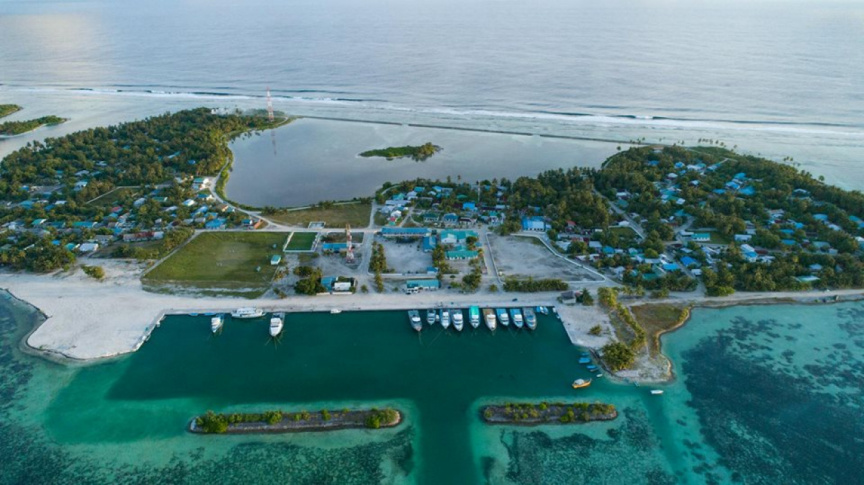 Photo shows an aerial shot of G. Dh. Faresmaathodaa in the south of Maldives. Police arrested three local men in connection with a series of gang fights on the island on December 25 and 27, 2019.

Three have been arrested for gang violence in G.Dh. Faresmaathodaa.

Brawls between two groups from the district of Fares and the adjoining district of Maathodaa occurred on December 25 and 27, according to Police. The violence left three injured and received treatment from the health center of the island.

Police stated that three local men aged 18, 19 and 20 were arrested in relation to the brawls. They have now been remanded to seven days in custody by the court in G.Dh. Thinadhoo.

Police speculated that the fights on the island are serial activities and stated that the case was being investigated.