Naseem: Land reclamation projects must not be run unless absolutely necessary 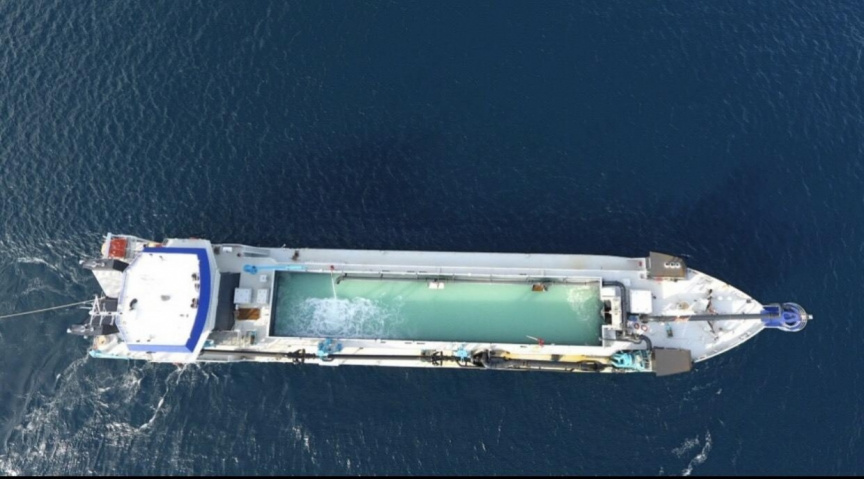 He issued the warning in his speech at the “Burabi” function held by the Tourism Ministry on Tuesday.

Naseem said that land reclamation projects in Maldives had caused damage to its coral reefs, resulting in the contribution of Maldives to coral formations on the global scale dropping from five to three percent over the past three decades.

“Our land reclamation projects, the reclamation of sandbanks, has now left birds without a nesting place…  We used to go diving in the lagoon which had now been reclaimed as land in Gulhifalhu. The large coral reefs there are now cracked, ever since land was reclaimed in that area using the Maha Jarraaf,” said Naseem.

He noted that the unique formation of Maldivian islands often resulted in coastal erosion in direct response to land reclamation.

“Maldives is [as was referred to in olden times, Vonadhona Maldives. Vonadhona meaning erosion. When Hulhule’ and Gaadhoo was linked, it resulted in erosion in neighboring Vihamanaafushi [now Kurumba Village]. The lesson learnt from this is that land reclamation in one place will result in erosion in another… We must not destroy our coral reefs for quick profit,” said Naseem.

Naseem also highlighted on the deliberate destruction of historical sites in Maldives and its impact on the tourism industry.

He said that the forts in Male’ City would have attracted scores of tourists if it hadn’t been destroyed.

“And then there’s the historical sites across Maldives. It’s not right to cause any harm to these sites, or to remove stones from those structures to build residential properties. It’s a major wrongdoing. These sites been to be conserved, even by enacting laws if necessary… Modernization doesn’t been demolishing these places to construct 25-story high-rises,” said Naseem.

Tourism Minister Ali Waheed, during Tuesday’s “Burabi” function, announced the list of non-residential and residential islands which the government has decided to lease lands from for tourism development.

He noted that some of the islands held areas which required conservation, and that private parties will be granted lease permits with the stipulation that they protect and conserve the areas.