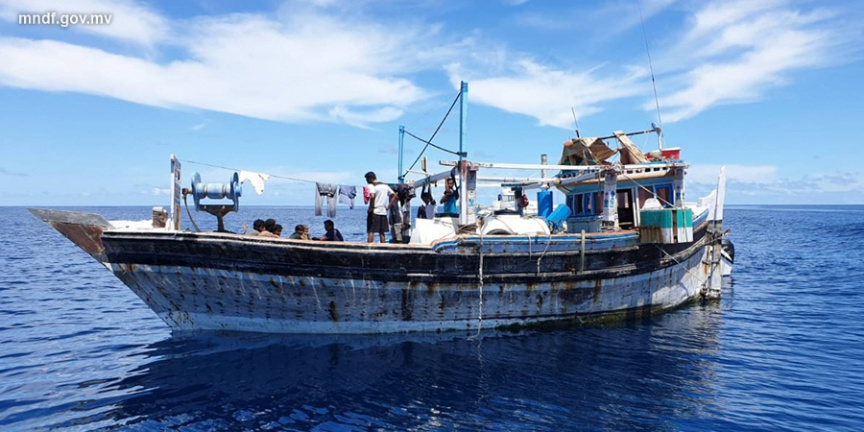 Iranian boat seized in Maldivian territorial waters on November 3, 2019. MNDF stated that suspected drugs were found on the boat after it was boarded by authorities. (Photo/MNDF)

The Prosecutor General’s office has decided not to bring charges against the Iranians detained on a boat carrying drugs found in Maldivian territorial waters on November 3, 2019

The seven people on board the boat found 4.8 miles off the coast of A. Dh Maandhoo, were arrested by Police in a joint operation with the Coastguard.

Prosecutor General Hussain Shameem informed “Sun” that the decision to deport the men instead of charging them was made based on the evidence from the investigation. The investigation showed that the boat was seized after engine failures hampered its journey.

The investigation did not lead to any conclusive evidence that the men intended to traffic drugs into the Maldives or had any connections with locals.

Police today also released all Maldivians except the kingpin involved a separate drug bust from another Iranian boat seized near H. A Thuraakunu in October.

Foundation of new VIA terminal completed