While Shazail is suspended, Maamigili Ibu remains immune to zero-tolerance 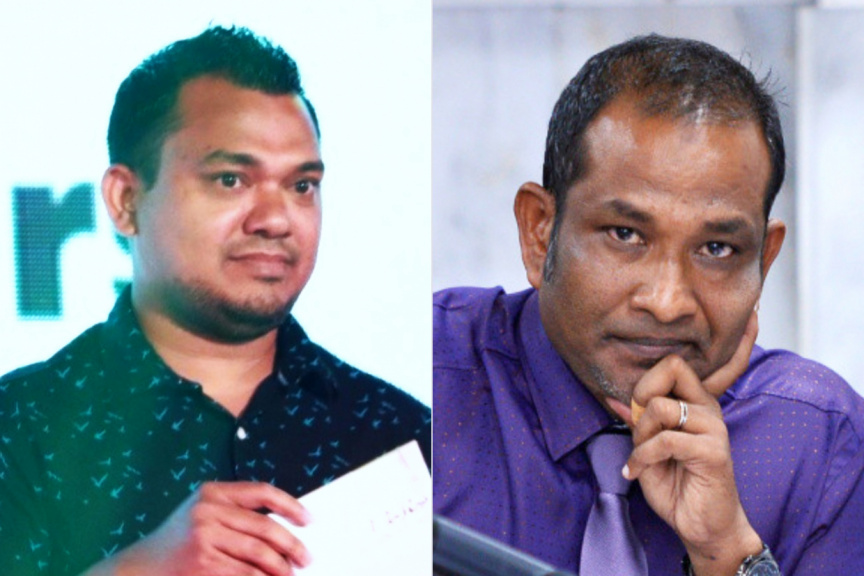 Shazail is undergoing a suspension for nearly two months regarding a complaint submitted to the “Zero Tolerance To Corruption” online portal of the President’s Office.

Shazail who is a member of the executive committee of former President Maumoon’s political party Maldives Reform Movement (MRM), has repeatedly denied the accusations against him. MRM is a member of the governing coalition of parties.

Ibu, who belongs to the governing coalition’s main political party MDP is also accused much like Shazail of using his position to gain unfair advantages. However, Ibu has so far remained impervious and immune to any action on behalf of the zero-tolerance policy of the government.

Ibrahim Hood, the spokesperson of the President’s Office, when questioned by “Sun” replied that complaints to the portal were investigated by the Action Committee before steps were taken against those accused.

The cases would also be forwarded to the Anti-Corruption Commission by the Action Committee. This will allow the government to take temporary action against the accused until the issue is investigated by the ACC.

Hood also stated that he had no knowledge of any complaint regarding Maamigili Ibu and would inform at a later time after clarifying the information. This was also the response given by Hood when questioned why no action was taken against Ibu when Shazail was undergoing a suspension.

The case of a boat named “MV Home Saphhire” docked in Thilafushi harbor is under investigation by the Anti-Corruption Commission and the Auditor General’s Office. The case is alleged to have involved activities of corruption when a private company was assigned to remove the boat from Thilafushi.

The Parliament’s Committee on State-Owned Enterprises concluded that the management of GMIZ acted against the law and to recommend that everyone involved in the case is punished through the law.

Maamigili Ibu as he is commonly known, was a leading figure in the campaign of President’s Office Minister Mohamed Shifaz in the MDP leadership election and has denied the accusations made against him.

The agreement with the private company to remove the boat included a clause that would see the ownership of the boat changed to the company. The company was registered in the Economic Ministry on the day that the bid for the project was opened.

The company has also filed a court case to obtain USD 708,511 (MVR 10.9 Million) against the state for violating the agreement to remove the boat. Ibu, however, has maintained that GMIZ was not obligated to pay the company any amount of money.