Mayor expresses concern over issue of parking, no more space to park 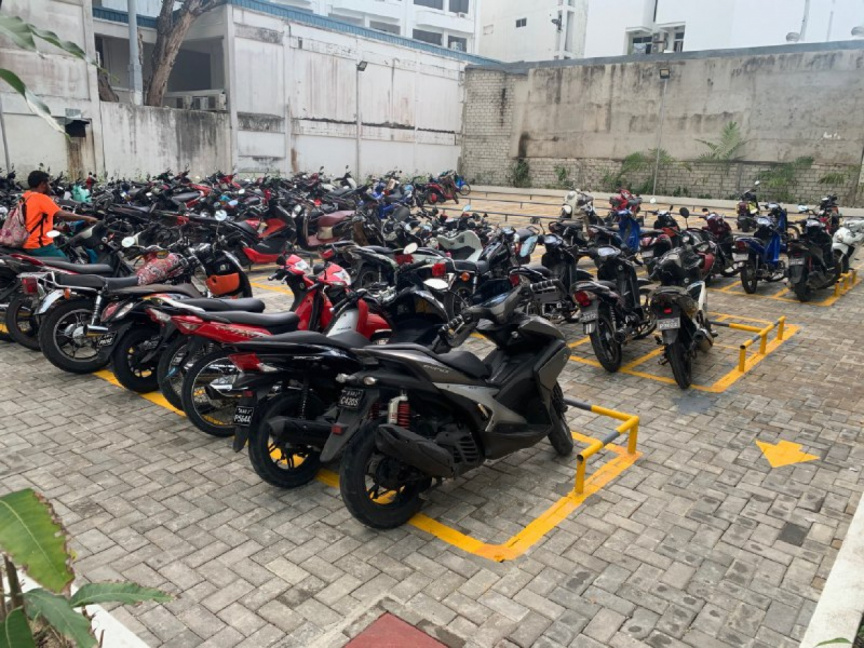 Male’ city mayor Shifa Mohamed has expressed concern over the failure to resolve the city’s issue of the excessive number of vehicles and parking issues faced.

The mayor tweeted that all the institutions needed to band together to resolve the number of vehicles imported into the country.

“All the institutions must join together to solve the issue of imported vehicles into the city. Small alleys are full. The decision of the Transport Ministry and Council is clear, there is no more room to park.” read Mayor Shifa’s tweet.

Mayor Shifa’s tweet comes after a large number of public complaints regarding the issue of parking. Complaints are mostly focused on parking violation stickers issued by the Police when there was no space to park.

40 vehicles were permitted to park in the parking lot recently constructed in front of the Supreme Court for a fee of MVR 3000. New parking zones have also come into existence with the new administration, including the parking zone in Sosun Magu.

The former administration tried to resolve this issue by importing mechanical parking systems. However, this effort was deemed as a failure and the systems were discarded as scrap metal later on.