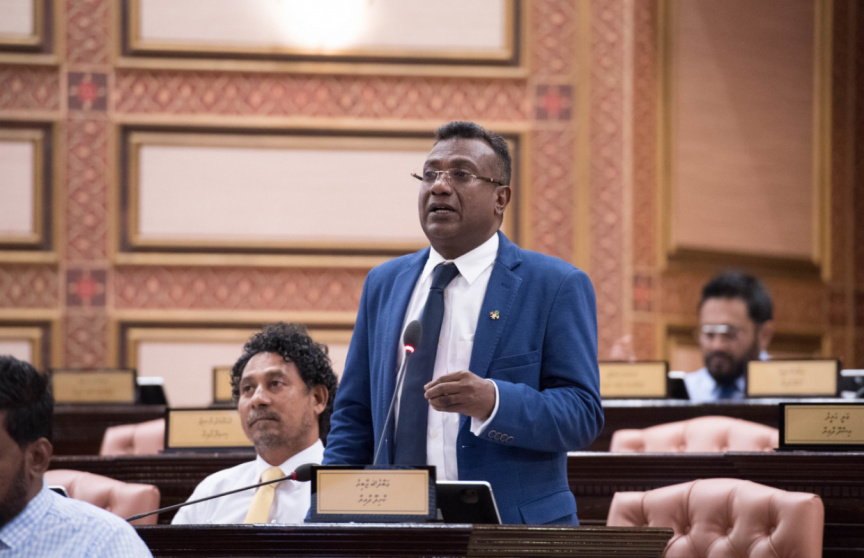 Kaashidhoo MP Abdulla Jabir has voted against the state budget 2020.

The budget of MVR 37.8 billion was passed by the Parliament today with the support of 77 MPs and MP Jabir was the only MP who voted against the budget. The MP had expressed displeasure at how the budget was formed in today’s parliamentary session.

Speaker Nasheed mistakenly announced that the budget had gained the support of all MPs after the vote, to which MP Jabir also expressed his discontent.

Nasheed later corrected the mistake by stating that the honorable MP for Kaashidhoo had rejected the budget for 2020.

The government presented the budget to the Parliament on November 4, 2019. Finance Minister Ibrahim Ameer asked the parliament to pass the “perfect” budget as it was presented to turn the hopes of the citizens into reality when presenting the budget.

The budget is mostly comprised of PSIP projects and funds for additional projects were also included in the bill and will have a deficit of MVR 5.68 billion.

The budget will also include MVR 1.6 billion in block grants for councils.

The change would see an increase of 148.6 percent to island councils, 155.1 percent for atoll councils, 433.4 percent for city councils when compared with the budget of 2019. A recommendation to the Finance Ministry to monitor the budgets of these councils was also made by the Committee.