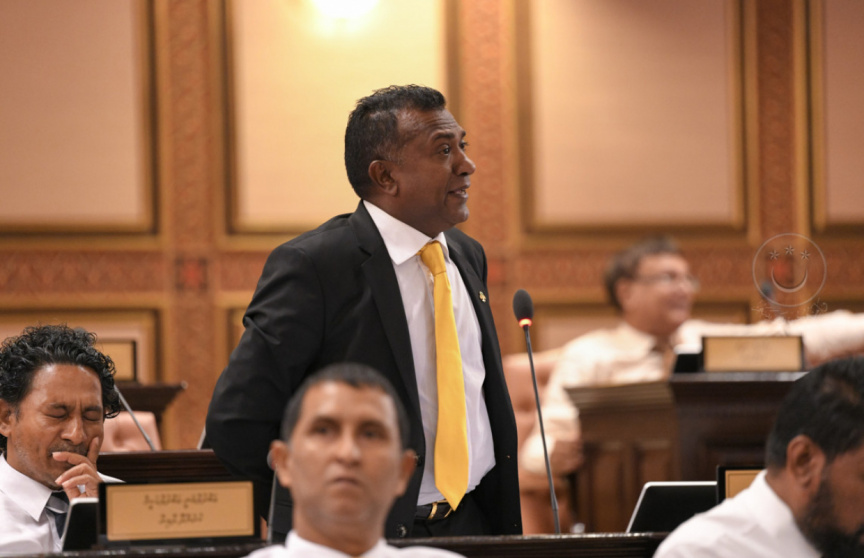 Photo shows Kaashidhoo MP abdulla Jabir, who has publicly voiced criticism at the income tax bill which is expected to be passed by the Parliament on December 4, 2019.

Kaashidhoo MP Abdulla Jabir has said that he detests the income tax bill and claimed that Maldivians were not ready for such a bill.

He was speaking at the final reading of the income tax bill at the parliament today when he said that taxes should be collected after perfecting the tax system and this was not something that Maldivians were prepared for.

“I detest the income tax. This is not the right time for it. (I call to) offload and abort this bill altogether. Maldivians are not yet ready to pay taxes.” said MP Jabir, who is a well-known businessman and the leader of the DRP.

MP Jabir also pledged that he would not collect taxes in the government of DRP. He said that the Maldives could be managed without collecting taxes. This couldn’t be done because of people who “don’t know how to manage the Maldives”, according to MP Jabir.

“Maldives has enough funds to provide for every citizen. The systems of theft should be abolished,” said MP Jabir, who stated the alleged misappropriation of the funds collected in the name of different taxes.

“Taxes are taken in developed countries with honest people. There is evidence that taxpayers' money is misused in the Maldives,” said MP Jabir.

The income tax bill is expected to be passed today in the Parliament and will be collected within three months of being signed into law.