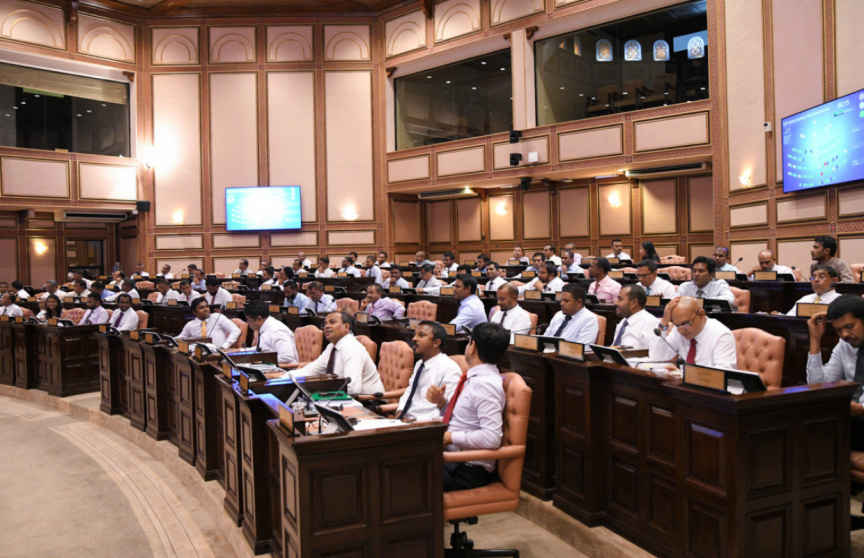 Parliament has passed the income tax bill after much debate. The bill was passed in the Parliamentary session today and was supported by 67 MPs.

Three MPs voted against the bill which is a promise of the current administration. It is also a source of income noted in the proposed state budget of 2020.

The bill saw five main amendments brought to it by the Parliament.

The first of these changes is the change of the threshold for collecting taxes which was increased to MVR 60,000 from MVR 40,000. Income tax will be collected within three months of the bill being signed into law, a change from the previously expected date, which was at the beginning of 2020.

The amended threshold for collecting taxes.

Due to differences of opinion between majority MDP MPs the amendments proposed by the Committee of the Whole House Sub Committee on imposing dividend taxes on companies earning more than MVR 1 million were not included in the bill when it was passed.

It was Dhaandhoo MP Yaugoob Abdulla who initiated the discussion on dividend taxes earlier in today’s session. MP Yaugoob who is from MDP stated that dividend taxes would discourage foreign investors interested in the Maldives. He also expressed concern over the proposed resident dividend taxes.

“The proposed resident dividend taxes would mean that double taxes are imposed. I do not support the imposition of all types of taxes since we are just beginning to collect income taxes,” said MP Yaugoob who pointed out that the figure included in the budget as revenue from income tax was not a conclusive figure.

“For this reason, I think we should halt the taxes on dividends. We can always bring the change if we want to. Since the Maldives is very much dependent on foreign investors, I do not believe in doing anything that might discourage these investors, even if it is through the tax system.” said MP Yaugoob.

MP Yaugoob’s assertion was supported by Thulusdhoo MP Ibrahim Naseem and Hulhudhoo MP Ilyas Labeeb. They noted that dividend taxes were not important when the work to perfect the tax system was underway.

The bill saw six amendments proposed during the Committee stage and the Speaker announced today that 26 further amendments were proposed for the bill other than these.