Uhchu: Taxes are forced by public, paves the way towards debt 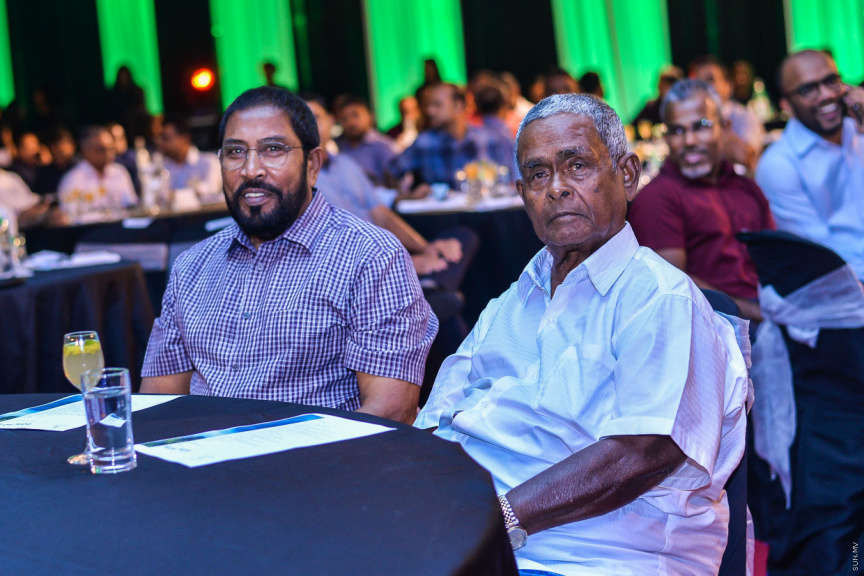 Widely seen as one of the most successful businessmen in the country, Champa Mohamed Moosa (Uhchu) has said that taxes are not imposed by the government but rather, by the people who knowingly or unknowingly force the government to collect taxes.

The man behind the Crown and Champa Resorts, one of the biggest resort chains in the Maldives, was speaking at the “Fashaairu” program of Raajje TV when he asserted that taxes are collected by the government to fund for the development demands of the people.

“Where will the government find the funding? They have to source it somehow, else how can they do it? if they don’t do it, then we are the ones hollering. So, the government is forced by the people to collect taxes.” said Uhchu.

“Let’s take the health (sector) for an example. The (sector’s) population would be very low if the health centers in islands and the one doctor in 1957 were taken into account. But compare that with now, the health centers, doctors and hospitals would be higher and busier than Singapore. Even with the way our islands are situated, we still want a hospital and an operation theatre on every island.” said Uhchu.

He also noted that the government would have to resort to foreign loans to satisfy the demands of the public if the taxes collected are not enough.

“That is also a result of our screaming. But then (when the loans are taken) we (say) debt, debt! This is also done by us. No matter which administration, this has to be done. why? because we, the people demand it.” said Uhchu, who is regarded as if not the richest, one of the richest men in the country.

He then turned his attention to the criticism made towards different administrations for incomplete pledges or projects after their terms in office are completed. Uhchu contended that the country would not have gotten this far, had it not been for the good work of all administrations.

Uhchu regards taxes as mandatory, and now the mindset of Maamigili MP Qasim Ibrahim, another wealthy businessman, regarding taxes also seems to have shifted.

A staunch critic of the recently passed income tax bill, and one of the few MPs who voted against it, Qasim stated that more and more people have to be encompassed in the tax system. Qasim, who spoke in a manner that showed support for the bill, did, however, describe the bill as “a bitter pill”.

The brackets for the taxes are