Police: Threat to ''blow up'' MNDF HQ made by Bangladeshi national 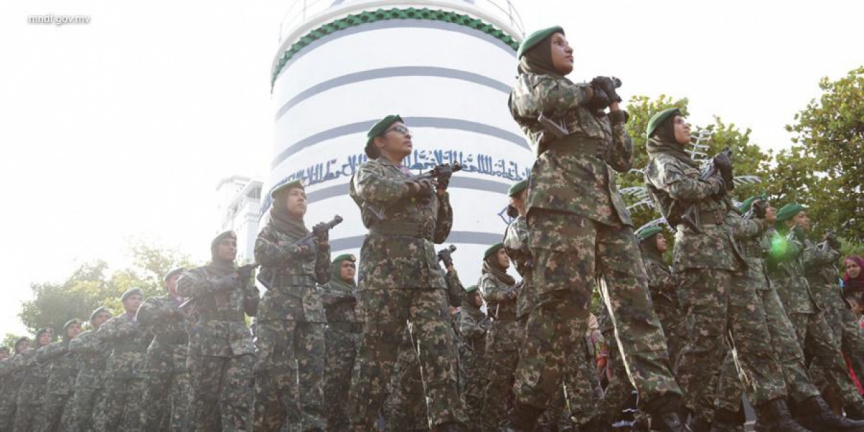 Photo shows MNDF soldiers during a parade on the streets of Male' city. (Sun Photo/Fayaz Moosa)

The man who threatened to “blow up” the Bandaarakoshi HQ of Maldives National Defense Force has been identified as a Bangladeshi national by Police.

MNDF confirmed the incident today and stated that it was investigating a case with the Police regarding a man who threatened to blow up the Bandaarakoshi. Police stated that the man was aged 39 years and was arrested on November 19, 2019.

The man entered the HQ in a van which entered the base through the main gate after an MNDF vehicle passed through and was perceived as just another military vehicle by the officers on duty.

“Sun” has learned that the man had been living in the Maldives for about seven years.

MNDF confirmed that a van registered under a “C“ board had entered the military HQ around 21:00 on November 18, 2019. The van was driven by the Bangladeshi national who was alone inside the vehicle, according to MNDF.

Despite his thinly veiled threat, soldiers did not find any such material from the pickup he was driving in, but the incident prompted MNDF to raise the alert levels to an emergency level.