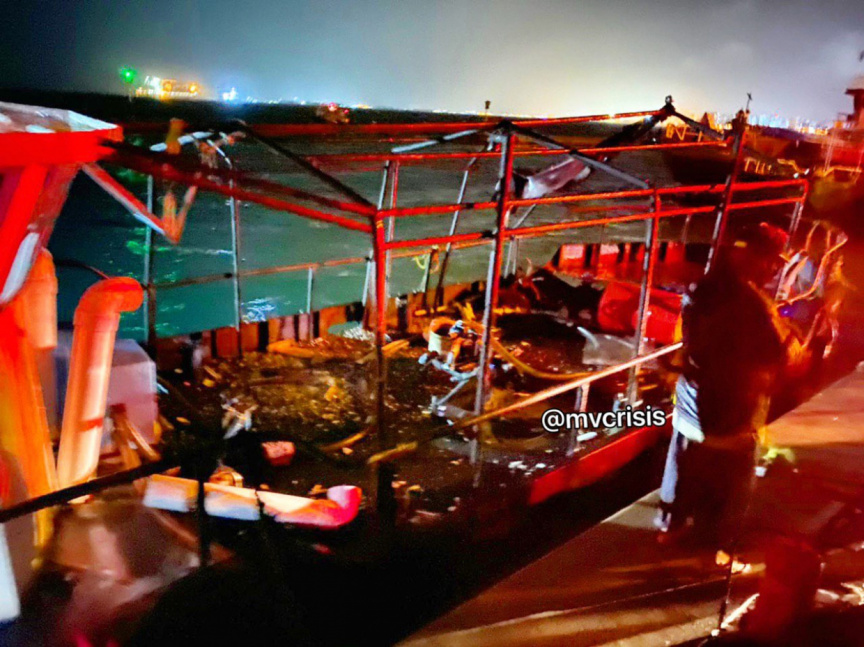 Fuel boat damaged in the fire in Vilimale' lagoon on November 26, 2019. (Photo/MV Crisis)

Seven people were injured in a fire which took place on an offshore fuel supply boat in the lagoon of suburban Vilimale’ last Tuesday night.

The fire was reported to the Maldives National Defense Force (MNDF) at approximately 10:40 pm.

An eye witness told Sun the fire took place after the fuel boat finished supplying petrol to a speedboat, just as the speedboat started its engine to move away from the fuel boat.

He said there had been five people onboard the speedboat and one onboard the fuel boat when the incident took place.

“Those were the people who were taken to the hospital with burns. I’m being told one of them also broke his leg,” said the eye witness.

MNDF confirms the fire spread to another vessel.

Fire incident occurs in a café in Male' city