Minister: Academic year 2019 was a success for education sector 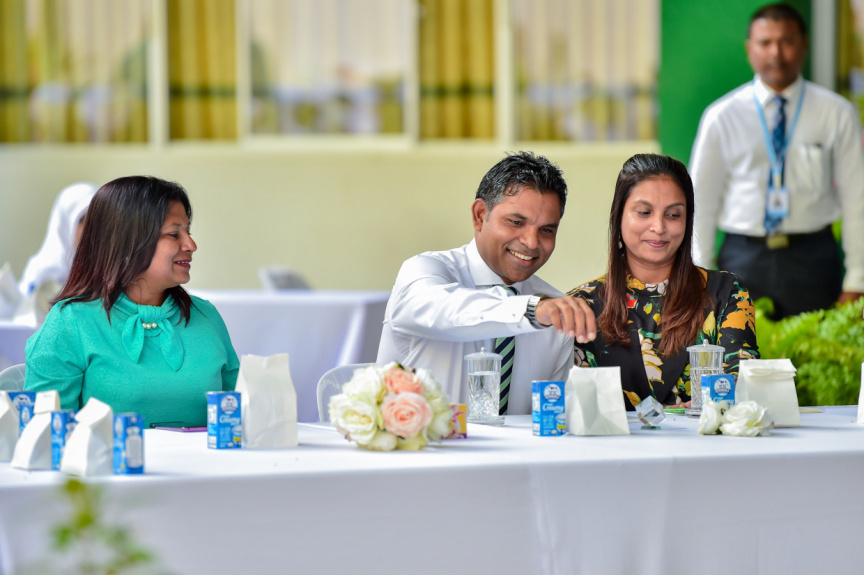 Photo shows the Vice President Faisal Naseem (C) and Education Minister Dr. Aishath Ali (R) at the launching ceremony of the pilot program to provide students with free breakfast in public schools all over the country. (Photo/President's Office)

Education Minister Dr. Aishath Ali has hailed the past year as a successful year for students.

The minister gave an address regarding the end of the academic year today and noted the success in attaining the academic objective set for the year by the government.

She noted the launch of the breakfast program that brought a positive change mentally and physically to the students as well as the anti-bullying policy implemented in schools all over the country.

“A lot of work was done to provide opportunities for children with special needs and gained a lot of success, under the education policy to involve every student. The project to switch schools in the country to a single session has also been commenced with pilot projects in 22 schools. We are at the point of seeing the results of this program.” said the Minister.

The Minister also pointed out that this year was the year with the highest expenditure made towards the urban development of schools within the country. She also noted the work carried out on enhancing the academic knowledge of employees as well as their technical capabilities.

Work is also underway to review the curriculum and textbooks used in the schools, according to the Minister who highlighted the “Curriculum Review Symposium” held to solve the challenges faced in teaching.

“The academic year of 2019 has been beneficial to students in a lot of ways. I thank Allah for making this year into a successful one in every way.” said the Minister in her address.

The academic year of 2019 saw 72,950 students studying in the public schools of the country in total.

Schools in Maldives set to reopen on July 1